The beginning of a New Islamic Year 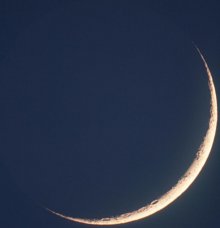 This month marks the beginning of a new Islamic year, which was initiated after the Hijrah, or emigration, of Prophet Muhammad

and which marked the formation of the first Muslim nation within an independent Islamic territory under the rule of Muslims.

Therefore, ‘Umar, may Allah be pleased with him, gathered some of the surviving companions of the Prophet

; another group agreed but thought that the new Islamic Calendar should start from the day on which the Prophet

embarked upon his mission; another group believed that this new Islamic Calendar should begin from the emigration of the Prophet

while a final group believed that it should start from his death.

After a discussion, they  may Allah be pleased with them all agreed unanimously to adopt that the Islamic Calendar should start from when the Prophet

emigrated from Makkah to Madeenah and that the first month of this new Calendar be that of Muharram. This is because Muharram is a sacred month and because it follows Thul-Hijjah which is the month in which the Muslims perform Hajj, or the pilgrimage, which is the last of the five pillars of Islam that was enjoined upon the Muslims.

) pledged allegiance to the Prophet

which was prior to his migration to Madeenah. This pledge of allegiance was one of the introductory acts of the emigration itself and therefore Muharram was deemed the most suitable month to start the Islamic Calendar by the companions of the Prophet

It is truly saddening that some Muslims have chosen to use the Gregorian Calendar instead of the Hijri calendar. The Gregorian calendar has no relation with Islam and although it has been in existence for longer than that of the Hijri Calendar, that is no excuse for the Muslims to adopt it. It is well known that the companions of the Prophet

would hate that any Muslim would use the Roman or Persian Calendar.

We have just ushered in the new Hijri year. Allah Says (what means): “Verily, the number of months with Allah is twelve months (in a year) so was it ordained by Allah on the day when he created the Heaven and the Earth; of them four are Sacred - that is the right religion, so wrong not yourselves therein...” [Quran 9: 36]

These are the months that Allah has appointed for the whole of mankind. He, The Most Exalted, also Says (what means): “They ask you [O Muhammad], about the new moons. Say ‘They are measurements of time for the people and for Hajj (Pilgrimage].” [Quran: 189]

Therefore, we know that these months, based on the lunar calendar, were appointed for all of mankind and not just for the Arabs. This is due to the fact that the lunar months can very easily be detected and calculated by the sighting of the crescent-moon, which marks the end of the month and the beginning of a new one.
We are in the new Hijri year. It is not from the Sunnah to celebrate it or to congratulate one another on its advent. For the Muslims, the passage of years does not constitute a real cause of happiness; rather, what counts is the amount of time spent in obedience to Allah during these years. The years that have passed will be considered as successful if they were spent in obedience to Allah, and miserable if they were spent in disobedience of Allah. Therefore, the most evil person is he who has lived a long life and has committed evil deeds throughout.

It is a must that we receive our days, months and years while in obedience to Allah. We must bring ourselves to account, redeem ourselves from our bad deeds and duly perform our responsibilities towards our wives, children and relatives.

The advent of every new year is marked by many Muslims with sincere resolutions and plans to improve and become closer to their Lord, but the days and hours slip away while the people’s conditions remain the same, the inevitable result of such failures will be loss and disgrace in this world and the next. Therefore, we must invest our time in obedience to Allah and make sure that our spiritual condition is improving from year to year; for the more time runs away from us, the closer we are drawing to our graves.

The improvements in our worldly lives do us absolutely no good if our spiritual lives are not improving at the same time. No one can attain honor and dignity without submitting to the Lord of the Worlds. Safety, tranquility and welfare cannot be attained except by adopting the methodology of the Messengers of Allah, may Allah exalt their mention. Be very clear that if any of you see welfare and pleasure accompanied with sins and deviation, then this is definitely a mere respite that has been given by Allah ahead of a total ruin. Thus, we must all stand firm in the obedience of Allah in order to protect ourselves from His punishment. Allah, The Almighty Says (what means): “...And turn to Allah in repentance, all of you, O believers, that you might succeed.” [Quran 24: 31]

Allah has also favored certain months, days and nights more than others. The number of months is twelve, as decreed by Allah when He created the heavens and the earth. Among these twelve are four sacred months, Thul-Qa’dah, Thul-Hijjah, and Muharram, which are successive and the month of Rajab that comes between Jumaada Al-Aakhirah and Sha’baan. The best day which the sun rises on is Friday and the night of Al-Qadr is more virtuous than a thousand months. Therefore, we must all esteem that which Allah has magnified.

Muslim scholars maintain that the rewards for good deeds are multiplied in times and places which are favored by Allah, and vice versa for bad deeds. The proof of this is from Allah’s Saying (which means): “They ask you concerning the sacred month - about fighting therein. Say, ‘Fighting therein is great [sin], but averting [people] from the way of Allah and disbelief in Him and [preventing access to] the Sacred Mosque [in Makkah] and the expulsion of its people therefrom are greater [evil] in the sight of Allah. And fitnah [Polytheism and Disbelief] is worse than killing’. And they will continue to fight you until they turn you back from your religion if they are able. And whoever of you reverts from his religion [to disbelief] and dies while he is a disbeliever - for those, their deeds have become worthless in this world and the Hereafter, and those are the companions of the Fire; they will abide therein eternally.” [Quran 2: 217]

Muslims should not wrong themselves during the Sacred Months. They should stay well within the limits defined by Allah, fulfill all His obligations, shun all His prohibitions and fulfill the rights of the people.