The forbiddance of celebrating non-Muslims festivals 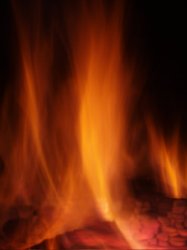 Indeed, Allah The Almighty sent upon the Muslims the best of Messengers and revealed to them the finest of religions, the most perfect of laws and the most complete of messages, as confirmed by His Statement The Almighty (that means): {This day I Have perfected for you your religion and completed My favor upon you and Have approved for you Islam as religion.} [Quran 5:3]

Some weak-minded people of this Ummah (Muslim nation) may forget these facts and incline at times to aspects of Judaism and to aspects of Christianity at others. They resort to the East and to the West, adopting some of the aspects of their religions, laws, values, customs and way of life in general. It is no longer strange to see parents encouraging their children to wear the clothing of the West, speak the language of the West, and even celebrate the feasts of the West.
Indeed, to concur with the non-Muslims on their feasts is an indication of a Muslim's dissolution and loss of identity and the Messenger of Allah,

, wanted that the Muslim have an independent, unique personality, distinct from the followers of other religions. Furthermore, to agree with them on such matters is a religious innovation. The Messenger of Allah,

, forbade making innovation in religion, whether it be significant or insignificant, small or large. In confirmation of this, he,

, that he foretold the following: "You will follow the ways of those who were before you span by span and cubit by cubit, to the extent that even if they enter a lizard’s hole, you would follow them." The Companions asked, "O Messenger of Allah, is it the Jews and Christians [whom you mean]?" The Prophet,

, further said: "The Hour (i.e. the Day of Judgment) will not be established until the people of my Ummah imitate the previous generations and nations and follow them span by span and cubit by cubit."People asked,"O Messenger of Allah, do you mean (by those nations) the Persians and the Byzantines?"The Prophet,

, said: "Who could it be other than they?" [Al-Bukhari]
Imitating them may bring about the curse of Allah The Almighty who says about them (what means): {Say, "Shall I inform you of [what is] worse than that as penalty from Allah? [It is that of] those whom Allah has cursed and with whom He became angry and made of them apes and pigs and slaves of Taaghoot [false deities]. Those are worse in position and further astray from the sound way."} [Quran 5:60]
The Prophet,

, said: "Whoever imitates a certain people becomes one of them." [Abu Daawood]
So, let a Muslim be careful of whom he imitates: will he imitate the Companions, righteous predecessors and the best of people, or will he imitate the disbelievers, hypocrites and the wicked people of this Ummah?
It is forbidden to imitate non-Muslims regarding their celebrations, as stated in the Quran, the Sunnah and the consensus of the scholars. Concerning the relevant text from the Quran, we can mention the following verse that was construed by many Taabi‘is (successors of the Companions) to give that meaning: Allah The Almighty Says (what means): {And [they are] those who do not testify to falsehood, and when they pass near ill speech, they pass by with dignity.} [Quran 25:72] ‘Falsehood’ refers to the feasts of the polytheists, according to Mujaahid, Ar-Rabee‘ ibn Anas, Muhammad ibn Seereen, and ‘Ikrimah

.
Allah The Almighty calls the celebrations of the disbelievers falsehood due to the embellishment and trickery they assume in order to make them seem different to what they really are. Allah The Almighty praises abstention from attending them, which is to not witness them by sight or hearing: then, what about approval of doing more than that, which is actually partake in the celebrations - which are described as falsehood - and not only witnessing them?