Valentine's Day - For Whom? 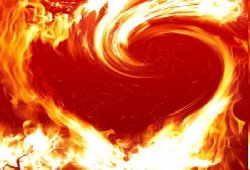 Humans, by nature, enjoy both private and public festive occasions, such as holidays. With consideration to this disposition, the Islamic Sharee’ah (jurisprudence) has legislated two ‘Eeds – Al-Adh-ha (tenth of Thul-Hijjah) and Al-Fitr (after Ramadan) – that occur once a year each. Allah The Almighty has ordained marking these days with open displays of generosity, prosperity and happiness. He has also set a weekly holiday on Friday, thanks to His Grace on the Ummah (nation) of Prophet Muhammad,

Non-Muslim nations, however, have many festive occasions; they have a celebration for every national event and every season of the year, as well as [in honor of] the mother, laborers and crops, to the extent that every month has its special holidays. All of these are [mostly] made up, such as what Allah The Almighty Says (what means): {monasticism, which they innovated;We did not prescribe it for them.}[Quran 57:27] The dates of their holidays have varied throughout history, according to political and social changes. These days are accompanied by a lot of traditions, rituals and entertainment, which detailed books would mention at length.
Among the strangest holidays in the world nowadays, are those of the polytheists and the People of the Book [i.e., Jews and Christians] that are linked to their deities, scholars and monks, such as days of Sts. Bartholomew, Michael, Andrews and Valentine. During those days, houses are decorated, candles are lit, churches are visited, special candies are cooked, exclusive holiday songs are sung with special hymns, glowing wreaths are made and so forth.
Non-Muslim nations also celebrate the day on which a person was born, by inviting friends, preparing special food and lighting as many candles as his or her age, etc. Some Muslims imitate them in that practice, as well.
It goes without saying that Muslims should be sure that the most perfect guidance and best legislation is that of the Seal of Messengers and Prophets, Muhammad,

. Allah The Almighty Says (what means): {This day I have perfected for you your religion and completed My favor upon you and have approved for you Islam as religion.} [Quran 5:3] Also, all the holidays that other nations hold, are Bid‘ahs (innovations) and deviation that are added to their disbelief in Allah The Almighty, Who Says (what means): {And whoever desires other than Islam as religion - never will it be accepted from him, and he, in the Hereafter, will be among the losers.} [Quran 3:85]
Because of the importance of this issue of imitating disbelievers in terms of their holidays and religious occasions, our Sharee’ah has addressed it perfectly. Allah The Almighty describes His believing slaves as those who avoid the holidays of the disbelievers; He Says (what means): {And [they are] those who do not testify to falsehood} [Quran 25:72]. In this verse, the word falsehood refers to the feasts of disbelievers. Allah The Almighty legislated festivals for His slaves that are sufficient to prevent them from imitating non-Muslims.
Anas, may Allah be pleased with him, said: “When the Prophet

went to Madeenah, he found that they had a couple of days of celebration; so, he said: ‘When I came, you had two days during which you amused yourselves and Allah The Almighty has granted you instead of these days, two better ones: the day of Al-Fitr (‘Eed after Ramadan) and the day of An-Nahr (‘Eed during Hajj (major pilgrimage) on 10th of Thul-Hijjah).’” [Abu Daawood, An-Nasaa’i, Saheeh] Al-Haafith Ibn Hajar

said: "This Hadeeth indicates that it is disliked to celebrate non-Muslim holidays or to imitate them."
We will now discuss one of the days that Muslims copy the disbelievers in celebrating; while known as the “Day of Love”, its original name is "Saint Valentine's Day". Christians have specified it to be on the fourteenth of February for a certain belief they hold, but there is no room for it to be detailed here.
I have been encouraged to write about this day due to the fact that many Muslims commemorate it, by partaking in some of its rituals. They do so, without knowing that it is a religious celebration closely associated with Christianity, even though its followers themselves do not all agree on its origins, and whether it is part of their heritage or that of the Romans, who had as many deities as they wished, [with many] of love, light, darkness, plants, rains, seas, rivers and so forth.
On Valentine’s Day, the disbelievers cherish the color red; they wear red clothes and exchange red sweets, candies and flowers of a certain color that represents indecency. They also write loving and affectionate words on cards that are swapped between girls and boys. Moreover, they sometimes give each other teddy bears that are sold at high prices and believed to be a symbol of love.
The press and media, especially certain satellite channels in some Muslim countries, have contributed greatly to the widespread practice of celebrating this day. People are not sufficiently culturally aware, otherwise, they would have protected themselves from such deviated practices; yet, school and university students in particular, have fallen prey to the notion that it is a good thing to commemorate this day.
·        After what has been mentioned, we would like to approach our Muslim brothers and sisters who mark this holiday in any way. To any of them, I say: You observe it because of a certain reason that you conceal in your hearts, but I think that if you, with your innate creed of Tawheed (Islamic monotheism), knew the religious background of this celebration and the symbols of Bid‘ah and polytheism it incorporates, you would realize the gravity of your mistake.
·        Among the principles established by scholars is that it is not permissible for Muslims to accept any present or food that was made for the celebration of any of the disbelievers' festivals. Thus, it is the duty of parents to observe if their children wear red clothing or ask them to buy flowers and cards that are particular to that day. Parents should explain to their kids why doing so is prohibited, in a persuasive and educational manner, based in the Sharee’ah.
·        We also blame Muslim traders, who deal in the icons of non-Muslim festivals, either by importing or manufacturing them, such as those in the floral business who ensure there is no shortage of flowers on that day. We also reproach the owners of gift shops and those who wrap presents, for, in selling such items [on that day], they are aiding people in celebrating the holidays of the disbelievers. Moreover, they cooperate in evil and transgression, as they share in propagating the ideas of non-Muslims, despite the fact that there are plenty of other goods not related to their festivals that they could have instead traded in, if they wanted.
·        It should be noted that Muslim thinkers and media personalities should also assume their responsibility in protecting Islamic intellectual domains from being corrupted by their counterparts, who scheme against Islam and Muslims.
We will conclude by mentioning a Fatwa (legal ruling) that was issued by Shaykh Muhammad ibn Saalih Al-‘Uthaymeen

when he was asked about marking Valentine's Day or participating in it. He said:
“Celebrating Valentine's Day is prohibited for many reasons:
First, it is a Bid‘ah that has no basis in the Sharee’ah. Second, it calls for [unlawful] love and passion. Third, it keeps the heart busy with trivial matters, which runs counter to the guidance of the righteous predecessors, may Allah be pleased with them.
Thus, it is impermissible to prepare any of the traditions of festivities on that day, either in relation to food, drinks, clothing, exchanging presents and so forth. Muslims should be proud of their religion and must not imitate anyone.
I ask Allah The Almighty to help Muslims avoid all kinds of Fitnah (corruption, trials and tribulations) and to guide us by His blessings.”
According to what has been mentioned, it becomes evident that Valentine's Day does not belong to the guidance of Islam and the Sunnah of the Prophet,

. But, [as evident from its commercialization], it is a result of social and educational decline in the disbelieving societies. Any Muslim who celebrates that day would be doing so, just because of a certain whim in his heart and because of psychological weakness, cultural corrosion and fragility of his adherence to the Sharee’ah. This is usually done by people whose souls are inclined to imitating the disbelievers, even with regard to trivialities and deviation.

A day of love or a day for incurring the Anger of Allah?