The concept of true love in Islam 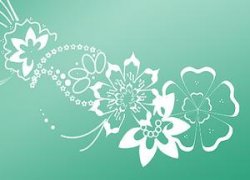 No religion urges its followers to adopt mutual love, affection and intimacy like the religion of Islam. This should be the case at all times, not just on specific days. Islam encourages showing affection and love towards each other all the time. In a Hadeeth (narration), the Prophet,

, said: "When a man loves his brother, he should tell him that he loves him." [Abu Daawood and At-Tirmithi]

In another Hadeeth, he said: "By Him in Whose Hand my soul is, you will not enter Paradise unless you believe, and you will not believe unlessyou love each other.Should I direct you to something that if you constantly did it, you wouldlove each other? Spread the greetings of peace among you." [Muslim]
Moreover, the Muslim's affection includes inanimate beings. Talking about the Mountain of Uhud, the Prophet,

said: "This is Uhud, a mountain which loves us and we love it." [Al-Bukhari and Muslim]
Love in Islam is all-encompassing, comprehensive and sublime, rather than being restricted to one form only, which is love between a man and a woman. Rather, there are more comprehensive, wider and sublime meanings. There is love for Allah The Almighty, the Messenger of Allah,

, the Companions, may Allah be pleased with them, and the love of good and righteous people. There is love of the religion of Islam, upholding it and making it victorious and the love of martyrdom for the sake of Allah The Almighty as well as other forms of love. Consequently, it is wrong and dangerous to restrict the broad meaning of love to this type of love only.
A successful marital and family life is based on love and compassion:
Perhaps some people are influenced by what is relentlessly propagated by the media, movies and TV serials, day and night, thinking that a marriage will not be successful unless it is based on a pre-marital relationship between the young couple to achieve perfect harmony between them and secure a successful marital life.
Not only this, many people are also influenced by the call to intermixing between the two sexes, lewdness as well as many other moral deviations. This leads to great corruption and grave crimes as well as the violation of sanctities and honor. I will not refute this allegation from this point of view, but through real studies and figures.
In a study carried out by Cairo University (a university of neutral orientation; which is not an Islamic authority to be subject to doubt of being biased) about what it called “love marriage” and “traditional marriage”, the following was concluded:
According to the study, 88 percent of marriages which take place after a love affair end with failure, i.e., with a success rate of not more than 12 percent. As for what it called “the traditional marriage”, according to the study, 70 percent are successful.
In other words, the number of successful marriages in the so-called traditional marriage is six times more than love marriages. [Risaalah Ila Mu’minah]
This study is confirmed by another similar one carried out by Syracuse University in the U.S. The study indicates beyond doubt that love or passion is not a guarantee for a successful marriage; rather, it often leads to failure. The alarming rates of divorce assert these facts.
Commenting on this phenomenon, Professor Saul Gordon, a lecturer at the aforementioned University said, "When you are in love; to you the whole world revolves around this person whom you love. Marriage then comes to prove the opposite and destroy all your perceptions. This is because you discover that there are other worlds that you have to be aware of. It is not the world of humans, but the world of concepts, values and habits which you paid no attention to before." [Ibid]
Frederick Koenig, a professor of social psychology at Tulane University, says, "Romantic love is very strong and emotional, but does not last, while real love is linked to the land and life and can withstand trials." He adds, "It is impossible that one adapts the powerful emotions in romantic love. This love seems like a cake, a person enjoys eating it [while it lasts], then it is followed by the period of downfall. While real love means sharing the concerns of daily life and cooperation for it to continue. Within the framework of this cooperation, one can achieve his human need." [Al-Qabas Newspaper: Quoted from Risaalah Ila Hawwaa’]
The love which the writer talks about and calls “real life” was expressed in the Quran as affection. Allah The Exalted Says (what means): {And of His Signs is that He created for you from yourselves mates that you may find tranquility in them; and He placed between you affection and mercy.} [Quran 30: 21]
The relationship between spouses is based on affection and mercy, not on ardent love, desire and passion. It is a relationship which is based on quiet love (affection) and mutual mercy, not illusions of love which fail to withstand reality or romantic fantasies which fail to create a successful marriage.
How knowledgeable was ‘Umar ibn Al-Khattaab, may Allah be pleased with him, when he addressed women and said, "If one of you does not love her husband, she should not tell him about this, because only a few homes are based on love; rather, people live together by virtue of good morals and Islam."
Nevertheless, this does not mean that we call to neglect emotions between spouses or bury feelings and sentiments between them.
The Messenger of Allah,

, gave us the best example of loving his wives. It was narrated in the pure Sunnah (tradition) that the Prophet,

, was careful to put his mouth on the same place from which his wife ‘Aa’ishah, may Allah be pleased with her, drank. During his final illness, he used her Siwaak (tooth stick) and died while he was reclined against her chest, between her neck and bosom. What kind of love is nobler and more sublime than this?

A day of love or a day for incurring the Anger of Allah?