Participating in Christmas and other Christian festivals - I 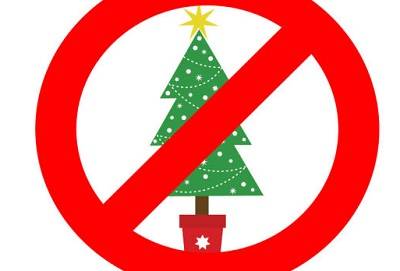 Another established fact is that the children of Israel afflicted him with harm and intended to crucify him. Nevertheless, Allah The Almighty raised him. Then they distorted the message with which he had been sent. The Jew, Saul – later known as Paul – embraced Christianity after ‘Eesa, may Allah exalt his mention, had been raised. Although he had been one of his most bitter enemies and had tortured his followers, he claimed belief in ‘Eesa, may Allah exalt his mention.
Subsequently, he attained a lofty position in Christianity and this enabled him to distort and change the divine law that had been brought by ‘Eesa, may Allah exalt his mention. In this way Christianity became the Doctrine of Trinity and polytheism after it had once been a monotheistic religion. Paul decided what is lawful and unlawful in the name of God, the Father, and Jesus, the Son. Thus, true Christianity disappeared and was replaced by a distorted creed. Roman emperors such as the Emperor Constantine established this distortion for worldly interests.
A variety of reasons led to the distortion of Christianity and the Sacred book (the Bible). The Bible was not written at the time of ‘Eesa, may Allah exalt his mention. The Gospels are attributed to the disciples. However, the authenticity of its authorship is doubted because there is no authentic evidence to prove this. Indeed, proof indicates the opposite, and Christian scholars gave testimony to this.
It has been historically established that the Christian clergy added some things and omitted other things in the Bible. Hence, there are different versions of the Bible and there is clear inconsistency and discrepancies among them, which they acknowledge and cannot deny. They still commit innovations in a religion which has been distorted since the first century of its inception, and was changed from the right path to accommodate personal interests and whims.
Consequently, today we face a false religion whose fallacy is established by all criteria whether they are based on text, transmission, history or reason.
In the Quran, Allah The Almighty stated that the People of the Book had distorted their religion and changed it. He Says (what means): {And from those who say, "We are Christians" We took their covenant; but they forgot a portion of that of which they were reminded.} [Quran 5: 14]
Historically, there is no consistent chain of transmission for the Gospels. The Christians themselves are aware of this.
Unreasonably, they insist that there are three gods in one, which is completely illogical.
Consequently, since the religion is distorted, therefore, its acts of worship and rituals are also distorted and false. In this case, is it justifiable and acceptable that the Muslim participates in the rituals of a distorted religion or congratulates its followers on these occasions? What is the meaning of participation and congratulation?
It indicates approving their distorted religion, accepting it and being satisfied with it. All this implies belief in the soundness of this religion. When one realizes this, and despite this, insists on participating and congratulating them on their festivals, this shows disbelief because this is a state of satisfaction with disbelief and belying Allah The Almighty .
If the participation or congratulation has another motive, like complimenting them or flattery, then the following are the reasons behind this:
-      When one is forced to do so, as in the case of coercion or fear of unbearable harm if one declines to do that. In such a case, one is forced to do so, and he is considered blameless on account of his helplessness and weakness. Such a person is even permitted to outwardly declare disbelief in this case, and he is consequently blameless for deeds lesser than this.
-      When one aims at bringing himself closer to them with this action while he believes that their religion is false. This involves taking a risk because he is encouraging them to remain steadfast on their religion and think that they are rightly guided. These are natural feelings when they see the one who normally objects to their religion and tries to unveil their deviation, agreeing with and taking part in their religious ceremonies. Actually, the greatest temptation occurs when those who follow the true religion participate with those who are not on the right path in their falsehood and even declare their approval and consent. .Does this not imply deception and distraction from seeking guidance and following it?
-      If one participates and congratulates them out of showing love and affection so that he will be able to call them to Islam, this is actually a good intention, but this manner of Islamic propagation is invalid. How will they respond to him when he voluntarily participates in their falsehood and neither calls them nor offers them advice to abandon it?
Consequently, celebrating with Christians and congratulating them on Christmas is prohibited, regardless of the intention. If one does so while approving of their religion, he is an apostate. Allah The Exalted Says (what means): {And whoever desires other than Islam as religion -- never will it be accepted from him, and he, in the Hereafter, will be among the losers.} [Quran 3: 58]