The providence and care of Allah the Almighty for His Messenger 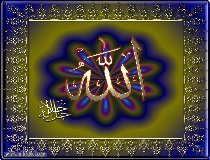 In spite of all the means that the Prophet

pursued, he did not depend on them absolutely. Rather, he was totally confident in Allah The Almighty, ardently hoping for His support, always repeating the supplication that Allah The Almighty taught him in the verse (what means): {And say, “My Lord, cause me to enter a sound entrance and to exit a sound exit and grant me from Yourself a supporting authority.”} [Quran 17:80]

while we were in the cave, ‘If one of them looks down to his feet, he will see us.’ The Prophet

said: ‘What do you think of two people, the third of whom is Allah?’” [Al-Bukhari] In another narration, the Prophet

said: “Be silent, Abu Bakr; [We are] two [persons] and Allah is the third.”
Allah The Almighty Says (what means): {If you do not aid the Prophet - Allah has already aided him when those who disbelieved had driven him out [of Makkah] as one of two, when they were in the cave and he said to his companion, “Do not grieve; indeed Allah is with us.” And Allah sent down His tranquility upon him and supported him with angels you did not see and made the word of those who disbelieved the lowest, while the word of Allah - that is the highest. And Allah is Exalted in Might and Wise.} [Quran 9:40]