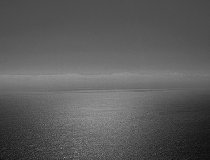 The polytheists continued harming the Messenger of Allah,

, from the time he declared his Da‘wah (call) until he emigrated and Allah The Almighty granted him victory over them. Many verses revealed to him in that period ordered him to adhere to patience, guided him to the means of patience, forbade him from being despondent and gave him examples of the harm that befell the previous prophets to clearly indicate the extent of this harm. Allah The Almighty Says (what means):

Here are some examples that indicate the harm that was experienced by Prophet Muhammad,

, placed his face on the ground (performed Sujood) in their presence. The people replied in the affirmative. Hence, he said, “By Al-Laat and ‘Uzza, if I were to see him doing that, I would trample on his neck, or I would smear his face with dust.” He then went to the Messenger of Allah,

, as he was engaged in prayer and contemplated trampling on his neck and drew close to him, but all of a sudden he turned upon his heels and tried to repulse something with his hands. He was asked, “What is the matter with you?” He said, “Between me and him there was a ditch of fire, terror and wings.” Thereupon the Messenger of Allah,

, said:“If he were to have come nearer to me, the angels would have torn him to pieces.”[Muslim] In a Hadeeth on the authority of Ibn ‘Abbaas, may Allah be pleased with him, he said,
The Prophet

chided him. Then, Abu Jahl said, “You know that there is not anyone who has more associates than me.” Allah The Almighty then revealed the verses (which mean) {Then let him call his associates. We will call the angels of Hell.} [Quran 96:17-18]” Ibn ‘Abbaas, may Allah be pleased with him, commented that had he called his associates, the angels of Hell would have taken him there and     then. [At-Tirmithi]
2-    In a Hadeeth on the authority of ‘Abdullaah bin Mas‘ood, may Allah be pleased with him, he said,
While the Messenger of Allah, sallallaahu ‘alayhi wa  sallam, was once praying at the Ka‘bah, there were some Qurayshi people present sitting in a gathering. One of them said, “Do you not see him [who does good deeds simply to show off]? Who amongst you can go and bring the dung, blood and the abdominal contents [intestines, etc.] of the slaughtered camels of the family of so-and-so and then wait until he prostrates and put that between his shoulders?” The most wretched amongst them [‘Uqbah bin Abu Mu’ayt] went [and brought them], and when the Messenger of Allah

prostrated, he put them between his shoulders. The Prophet

remained in prostration and they laughed so much that they fell onto one another. A passer-by went to Faatimah, may Allah be pleased with her, who was a just a  young girl at that time. She came running and found the Prophet

who was still in prostration. She removed them and cursed the Qurayshi people who had done this. When the Messenger of Allah

completed his prayer, he said: “O Allah, take revenge on the Quraysh!”He said this thrice and     then added:“O Allah, take revenge on ‘Amr bin Hishaam, ‘Utbah bin Rabee‘ah, Shaybah bin Rabee‘ah, Al-Waleed bin ‘Utbah, Umayyah bin Khalaf, ‘Uqbah bin Abu Mu’ayt and ‘Umaarah bin Al-Waleed.” ‘Abdullaah bin Mas’ood added, “By Allah, I saw all of them dead on the battlefield on the Day of Badr and they were dragged and thrown in the open well of Badr. The Messenger of Allah

then said, ‘The curse of Allah has descended upon the people of the open well.’”[Al-Bukhari] The narration of this incident by Muslim

specifies that the one who threw the dung and excretion of the camel was ‘Uqbah bin Abu Mu‘ayt, who was incited to do so by Abu Jahl. The polytheists were then gravely troubled by the supplication of the Prophet,

, because they knew that a supplication in Makkah is answered.
3-    A group from the people of the Quraysh gathered and beat the Messenger of Allah,

: The noble people of the Quraysh gathered one day at Al-Hijr (part of the Ka’bah) and said, “We cannot bear this man any more for he discredited our minds, cursed our ancestors, criticized our religion, disunited our group and abused our gods. We have borne a very difficult matter.”All of a sudden, the Prophet,

, appeared while they were talking about him. At once they leaped at him as if it was the leap of one man. They surrounded him saying,“Are you saying such-and-such [namely, what they knew about him criticizing their gods and religion]?”He replied: “Yes, it is I who is saying so.”A man then gripped the garment of the Messenger of Allah,

, squeezing his neck. Abu Bakr, may Allah be pleased with him, then defended him while sobbing and reciting the verse in which Allah The Almighty Says (what means):{Do you kill a man [merely] because he says, ‘My Lord is Allah’?}[Quran 40:28]
4-    Abu Lahab, the uncle of the Prophet,

, and his wife, Umm Jameel, were the staunchest adversaries of the Prophet,

. Umm Jameel would drive wedges between the Prophet,

, and the people through her tale-bearing. She would also place thorns in his path and throw rubbish at his door. Little wonder then that a chapter of the Quran was revealed regarding these two: Allah The Almighty Says (what means): {May the hands of Abu Lahab be ruined, and ruined is he. His wealth will not avail him or that which he gained. He will [enter to] burn in a Fire of [blazing] flame. And his wife [as well] - the carrier of firewood. Around her neck is a rope of [twisted] fiber.}[Quran 111:1-5] When she heard the revealed verses concerning her and her husband, she went to the Messenger of Allah,

, while he was sitting at the Ka‘bah beside Abu Bakr, may Allah be pleased with him. She was carrying a stone in her hand and when she reached them, she asked Abu Bakr, “Where is your companion? I was informed that he is satirizing me. By Allah, if I had found him, I would have struck his mouth with this stone.” Then, she went away. Abu Bakr, may Allah be pleased with him, said, “O Messenger of Allah, did she not see you?” The Messenger of Allah,

, replied: “Allah had caused her not to see me.”
She then recited some poetic verses dispraising the Prophet,

, indicating her utter rejection of him and dubbing him as “Muthammam” [which means ‘dispraised’; this was the Arabic opposite of the real name of the Prophet,

which was Muhammad – ‘the praised one’]. The Messenger of Allah,

, would in fact rejoice at the polytheists cursing Muthammam; He said: “Does it not astonish you how Allah protects me from the abuse and curses of the Quraysh? They abuse Muthammam and curse Muthammam while I am Muhammad [and not Muthammam]!”[Al-Bukhari]
Also, Abu Lahab would follow the Messenger of Allah,

, around in the markets, gatherings of people and during the seasons of Hajj and accuse him of lying.