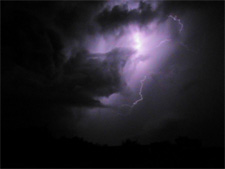 What was mentioned in the last article was only part of the harm that the Messenger of Allah,

, experienced and faced at the hands of the polytheists. The polytheists’ ultimate attempt to harm him was an attempt to kill him at the end of the Makkan phase. The Messenger of Allah,

In spite of the great rank and high nobility of the Prophet,

, he suffered tremendously and underwent great afflictions from the very first day that he declared his Da‘wah (call). He faced much harm from the foolish people of the Quraysh. When he passed by their gatherings, they would mock him, saying “This is the son of Abu Kabshah (the Prophet’s father through suckling relation) who receives revelation from heaven.” Some of them would pass by the Prophet,

, and ask him sarcastically, “Has anybody talked to you today from heaven?”
The harm was not restricted to mockery, sarcastic comments and psychological harm; rather, it also took the form of physical harm. The enemy of Allah, Umayyah bin Khalaf spat in the face of the Prophet,

. Even after his migration to Madeenah, the pressure of affliction and harm did not stop. Rather, it took a new form because after the enmity was confined to the people of the Quraysh, new hostile groups appeared in Madeenah such as the hypocrites of Madeenah, the Jews, the Persians, the Romans and their allies. After leaving the harm in Makkah, which was in the form of mockery, insults, blockade and beating; the new harm took the form of military and armed confrontations including pursuit and killing. Hence, this was an affliction regarding lives and property. Throughout the period of his mission and his life were continuous series of ordeals and afflictions. He never weakened in the face of these trials; rather, he was patient and sought the reward for this from Allah The Almighty until he died.
The Messenger of Allah,

, faced much harm and many trials that one cannot begin to imagine and in many situations. His affliction was in proportion to the status of the message that he carried; hence, he deserved the highest degree in Paradise and the highest rank before His Lord. He was very patient out of mercy for his people and in the fear that they would be afflicted with a widespread torment like the previous nations, and in order to be a good example for Islamic callers and reformers.
If depraved aggression befell even the Messenger of Allah,

, then, none— due to the honor of the Prophet,

– would rise above the trial and ordeal. This is the norm of Allah The Almighty regarding such missions. In a Hadeeth on the authority of Abu Sa‘eed Al-Khudri, may Allah be pleased with him, he said, “’I said, ‘O Messenger of Allah, who suffers most among people?’ He replied:‘The prophets, then those who come next to them, then those who come next to them. A man is afflicted according to [the degree of his adherence to] his religion. If he is firm in his religion, his trial is severe, but if there is weakness in his religion, it [the affliction] is made lighter for him, and it continues like that until he walks on earth having no sin.’” [Ibn Maajah]