The Universality of Islam 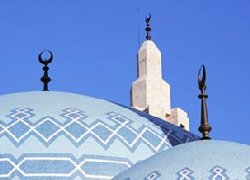 In this century, where means of communication and transportation have gone beyond all expectations, cross-cultural awareness has become widespread. And with the collapse of communism and consequently the Soviet Union and many other communist countries, many proposals are presented urging the adoption of universal laws, values and morals to govern relationships among the peoples of the world.

Recently, the idea of a so-called “New World Order” was proposed through the United Nations in order to prescribe values and impose laws on people of various cultures. The question that will immediately emerge is ‘Whose values, laws and ways of life are they going to adopt?” Of course, the American way of life will become the only choice presented, because the United States is presently the only superpower among all the nations of the world, as well as the largest financial contributor to the United Nations. Given the natural richness and military power of the U.S., why have its values not provided happiness and peace of mind to the millions of Americans whose lives have been wrecked by alcoholism, violence, drug use and other family and social dilemmas? Can such a way of life that has failed to uproot discrimination against Afro-Americans and other minorities bring justice among the social castes of India? Can the American way of life that has resulted in grave failure when attempting to solve the problems of the homeless in America, provide solutions to the problems of poverty in South America or Africa?
Some sources might say the New World Order does not have to be that of the Americans; it could be that of the British, the French, the Russians or the Chinese. Are they not permanent members of the Security Council (the actual decision making body of the UN)? Nevertheless, these governments have brought neither happiness nor security to their own nations. No sensible person in the whole world would choose or suggest a way of life that is going to contradict with his won interests; countries are not an exception. So, any system of life that could be selected as the basis for a New World Order is prone to serve the interests of only the people who propose and sponsor it. Therefore, they have got to be unfair towards other nations.
To accept these New Order premises as a way of life means full submission to the teachings and the rules that such a system puts forward. What would result from such acceptance could be a materialistic and secular view of life. So, it would be neither fair nor complete, because of the incompleteness of man. The probability for the application and the acceptability of such a New World Order is extremely remote and the unproductive, exactly as it was with Old World Orders as Colonialism, Communism, Dark Ages Theology, and Capitalism.
Indeed there is a dire need among the majority of the world population that for a way of life that can solve their existence and destiny. With the escalating rate of immorality and violence in the world, people are restlessly searching for a way out. Many have found that suicide is the easiest and probably the fastest solution. No wonder, our world is living in a state of chaos. It has tried all forms of ideologies and applied so many socioeconomic theories, but none of them has proven to be right. That which has been tried has failed, and that which has failed has been tried again ... and again, is there not another way? Is there an alternative system that would work as a guide for the universe? These two questions make the theme of this research. 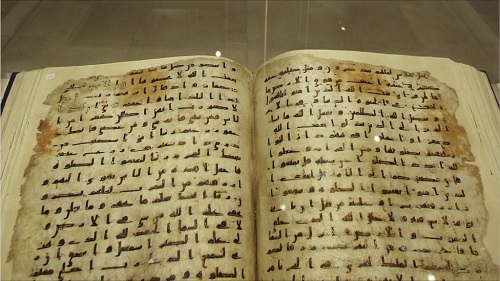