Reflecting on the Quran - A cure for the hearts - I 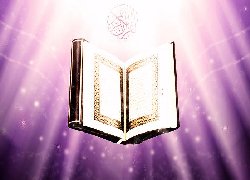 The Noble Quran is the words of Allah The Almighty that He has revealed to be implemented as a complete way of life for people. Therefore, undoubtedly, the recitation of the Quran is one of the most beloved acts of worshiping Allah The Almighty. It is also certain that reciting the Quran without understanding or reflection is not the goal: the main objective is that a reciter wholeheartedly ponders the meaning of the Quran and fully reflects on, understands and thinks about its secrets and pearls of wisdom.

The Quran Calls for Reflection

Allah The Almighty invites us to reflect on His Book and ponder its meanings and secrets; He Says (what means): {[This is] a blessed Book which We have revealed to you, [O Muhammad], that they might reflect upon its verses and that those of understanding would be reminded.} [Quran 38:29]
The Quran reproaches those who do not reflect on it or extract its meanings. Allah The Almighty Says (what means): {Then do they not reflect upon the Quran? If it had been from [any] other than Allah, they would have found within it much contradiction. And when there comes to them information about [public] security or fear, they spread it around. But if they had referred it back to the Messenger or to those of authority among them, then the ones who [can] draw correct conclusions from it would have known about it. And if not for the favor of Allah upon you and His mercy, you would have followed Satan, except for a few.}[Quran 4:82-83]
Also, people differ when it comes to their listening to the Quran. Allah The Almighty Says (what means):{And how many a generation before them did We destroy who were greater than them in [striking] power and had explored throughout the lands. Is there any place of escape? Indeed in that is a reminder for whoever has a heart or who listens while he is present [in mind].} [Quran 50:36-37]
Ibn Al-Qayyim

said about these verses,
There are three types of people with respect to these verses:
(1) A person with a dead heart. This is the person who has no heart, so this verse is not a reminder to him.
(2) A person with a somewhat living and ready heart, but who does not listen to the recited verses of the Quran through which Allah The Almighty conveys His manifest signs. He does not listen to its verses either, because they do not reach him or because they reach him while his heart is occupied with other things. The heart of this person is not present, and hence this person does not receive the benefits of the reminder, even though his heart is ready to receive it.

(3) A person with an alive and ready heart. When the Quranic verses are recited to him he attentively listens: he does not keep his heart busy with anything except understanding the verses that he is listening to. This person has present, attentive ears and heart. Therefore he benefits from the recited verses and witnessed signs.
Indeed, the first type of person is like a blind man who does not see; and the second is like a person who sees but looks in the opposite direction. Both do not perceive the Quran. The third type is like a person who sees and looks at his target, follows it with his eyes and meets it in the middle, not far or near. This is the person who really perceives it. Glory be to Allah who made His words a cure for what is in the heart!
Moreover a person may have a spirited heart that is able to extract lessons and derive wisdom. This type of heart makes a person remindful and able to learn lessons. Once he hears a verse it adds much light to him. These are the perfect creatures of Allah who enjoy the greatest faith and insight. They grasp what the Prophet,

, told them as if they witnessed it, but do not over-scrutinize it. It is said that the example of Abu Bakr As-Siddeeq, may Allah be pleased with him, with the Prophet,

, is like that of two persons who enter a house. One of them watches its details and minute aspects whereas the other touches what is inside the house without fully perceiving or comprehending its details, but only knows that it has great things that his eyes could not have perceived. Both of them then leave and then the latter asks the former about what he saw inside the house – and whatever he tells him about it, he believes him due to the proofs that he has witnessed. This is the highest degree of As-Siddeeqiyyah (steadfast affirmation of truth) and it is not farfetched that Allah, who is the Conferrer of Favors, endows a slave with faith like this, for the bounties of Allah The Almighty are beyond count and expectation.
If the owner of such a heart hears verses while he has insight in his heart, this will add more light to his light. Conversely, a person who lacks this type of heart but attentively listens and his heart is witnessing this, will nevertheless receive the reminder. Allah The Almighty Says (what means): {And [even] if it is not hit by a downpour, then a drizzle [is sufficient].} [Quran 2:265] Similarly, all acts of goodness may vary in their types and ranks, like a downpour and a drizzle, and so are their effects and causes. Likewise, people of Paradise are of types: forerunners who are closer to Allah The Almighty and companions of the right, and between them are great degrees of preference.
The Prophet,

, Reflected upon the Quran.
Huthayfah, may Allah be pleased with him, said: “I prayed with the Messenger of Allah

, wept when Ibn Mas‘ood, may Allah be pleased with him, recited before him the verse from Soorat An-Nisaa' (which means): {So how [will it be] when We bring from every nation a witness and we bring you, [O Muhammad] against these [people] as a witness?} [Quran 4:41]
Could this have occurred without reflection? The Prophet,

, would invite people to reflect on and understand the meanings of the Quran. Allah The Almighty Says (what means): {Indeed, in the creation of the heavens and the earth and the alternation of the night and the day are signs for those of understanding. Who remember Allah while standing or sitting or [lying] on their sides and give thought to the creation of the heavens and the earth, [saying], “Our Lord, You did not create this aimlessly; exalted are You [above such a thing]; then protect us from the punishment of the Fire.”}[Quran 3:190-191] When this verse was revealed the Prophet,

, said: “Woe to whoever reads it without pondering on it.”
The Righteous Predecessors’ Reflection on the Quran
Ibn ‘Abbaas

Some of the righteous predecessors would perform prayers all night, reciting one verse and reiterating it, pondering its meanings and reflecting on it. Their aim was not to read the Quran in full, rather their main concern was to read with reflection and understanding. Muhammad ibn Ka‘b Al-Qurathi

said, “I read only Soorat Az-Zalzalah and Al-Qaari‘ah [chapters 99 and 101] during my prayers at night, repeating and pondering on them, and this is more preferable to me than reading the whole Quran hurriedly.”

Reflecting on the Quran - A cure for the hearts - II