Maintaining the ties of kinship 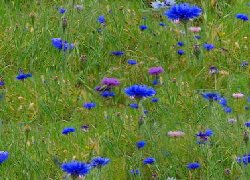 Verses of the Noble Quran and various Hadeeth of the Prophet

call strongly for the upholding of kinship ties and encourage this by offering worldly and religious rewards.

There is no doubt that a society whose members maintain family relations and treat each other mercifully forms an invincible fort and a fortified castle. It produces close-knit families and a solid social structure that provides the world with leaders, instructors, thinkers, teachers, callers and reformers, who carry the torch of guidance to their nation and to all of humanity.

This article focuses on upholding good relations with kindred, which is among the greatest and noblest morals.

Definition: Kinship ties refer to a person’s bond with his paternal and maternal relatives; and, maintaining them implies being good and kind to one’s relations in both words and deeds. This includes visiting them, asking after them, supporting the needy among them and helping them with their affairs. There are many virtues of upholding kinship ties, as doing so is:

referred to three things that make people cooperate with each other and love one another: extending a warm welcome to visitors, preserving the ties of kindred and using kind words. In fact, he

established a connection between these qualities and faith, in effect, saying that anyone who believes in Allah, The Almighty, and the Last Day does not sever his kinship ties; because maintaining kinship ties is a sign of faith.

2- A cause for increased blessings in one’s provisions and age: All people want to have a luxurious and prolonged life, because the desire for possessions and life are two basic instincts in every human being. Therefore, whoever wants to achieve this should have good relations with his or her family, as Anas, may Allah be pleased with him, narrated that the Prophet

said: “Whoever loves to be granted ample provisions and a long life, should maintain good ties with his or her relatives.” [Al-Bukhari]. In a different wording, ‘Ali, may Allah be pleased with him, related that the Prophet

added that if such a man also “desires to be protected against an evil end [of life], let him fear Allah The Almighty and maintain good ties with his relatives.” [Al-Bazzaar and Al-Haakim]

3- A reason for Allah, The Almighty, to also maintain ties with a servant and honor him or her: ‘Aa’ishah

said: “The womb [i.e., ties of kinship] is suspended from the throne [of Allah The Almighty], saying: Whoever preserves me, Allah will uphold ties with him [or her] and he who severs me, Allah will sever the bond with him.” [Muslim] Allah, The Almighty, positively responds to this plea, thereby treating with kindness, those who keep good relations with family and cutting off those who do not. And, certainly, it would be horrible for a weak, helpless slave if Allah, The Almighty, severed ties with him.

4- A factor that enables one to be admitted to Paradise: The Prophet

said: “O people exchange greetings (i.e., say: ‘As-salaamu ‘Alaykum’ (peace be on you) to one another), feed people, maintain kinship ties and pray at night when others are asleep, so that you may enter Paradise in peace.” [Ahmad, At-Tirmithi and ibn Maajah]

Maintaining ties of kinship does not mean visiting, helping or serving one’s relatives in return for similar deeds on their part. True upholding of family relations is to do so with those kith and kin who sever their bond with us. Thus, it refers to visiting relatives who do not visit us, and being good to those who wrong us. ‘Abdullaah ibn ‘Amr ibn Al-‘Aas, may Allah be pleased with him, narrates that the Prophet

said: “A man who perfectly maintains the ties of kinship is not he who recompenses the good done to him by his relatives; rather, he is the one who is on agreeable terms with those kin who have severed [their] bond with him.” [Al-Bukhari]

In another Hadeeth on the authority of Abu Hurayrah

it was mentioned that a man came to the Prophet

and said: “I have relatives whom I maintain ties with, but they cut me off, and I treat them kindly, but they deal badly with me. I am gentle with them, but they are harsh to me.'' Thereupon, the Messenger of Allah

replied: "If you are as you say, it is as if you are feeding them hot ashes; you will have a supporter from Allah against them, as long as you continue to act the way you are.” [Muslim]

said: "Hot ashes are used as a metaphor to demonstrate that such relatives bear as much guilt as the pain and agony experienced by the person who eats these ashes. As for the one who treats such relatives kindly, there is no argument against him; rather, they are the ones who commit a grievous sin by mistreating and harming him.”

Moreover, this Hadeeth is a consolation for the many who are afflicted with rude relatives; in their repayment of evil with good and the former’s meeting their wickedness with goodness, it is evident that it is only the latter who are the real losers.