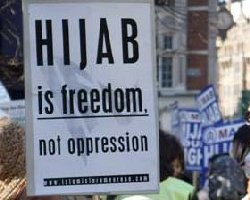 Tabarruj means impermissible exposure of women's adornment and beauty before non-Mahram (marriageable) men. This applies to exposure of jewels, arms, legs, chest, neck, face, and so on.

said:
Tabarruj for women means:
The ruling on the woman’s impermissible exposure of beauty:
Exposure of woman’s beauty before non-Mahram men is prohibited as proved by the Quran, Sunnah (tradition) and consensus of the Muslim scholars. The whole body of the woman is ‘Awrah (part of the body that must not be exposed) and none but her Mahrams (non-marriageable men) are allowed to see any part of her body, hair, jewelry or underclothes.
What most women today do by exposing their beauty, adornment and jewelry in the streets, is in fact committing sins openly, imitating the disbelieving women, and arousing Fitnah (trial).
The woman who leaves her house uncovering her head, neck, arms or legs, commits a major violation of the rules of the pure Sharee‘ah (Islamic legislation).
This also applies to going out wearing clothes that expose the woman’s beauty or transparent clothes that do not cover her body, because all this falls under the prohibited exposure of beauty.
One of the gravest sins and most harmful temptation is what most women do today by going out exposing their beauty and adornment and wearing perfume and intermixing with men -- an act that incurs the wrath and punishment of Allah The Exalted.
Proofs of the prohibition of the exposure of woman’s beauty:
The main two sources of legislation in Islam, the Quran and the Sunnah, forbid the woman’s exposure of her beauty and warn the woman who does this of a severe punishment because of the evil consequences that result from this attitude:
1-    Allah The Almighty Says (what means): {And abide in your houses and do not display yourselves as [was] the display of the former times of ignorance.} [Quran 33:33] i.e., stay in your houses and never go out without a necessity because this is safer for you.
The Prophet,

, said: “The woman is ‘Awrah (i.e. should not be exposed). If she goes out of her house, the devil looks at her and beautifies her in the eyes of men.”[Al-Bazzaar and At-Tirmithi]
We notice that the previous verse addresses the wives of the Prophet,

, in particular, and all the Muslim women in general. That is because the wives of the Prophet,

, are the Mothers of the Believers and the role model for all Muslim women everywhere and at all times.
This is proved by the fact that there are other general rulings that preceded and followed this verse, such as ‎the prohibition of softness in speech and the display of adornment and beauty, like the former times of ignorance, in addition to the obligation of speaking in an appropriate way, observing prayers, paying Zakah (purifying alms) and obeying Allah The Almighty and His Messenger,

. All these are general rulings that apply equally to the wives of the Prophet,

, as well as other women.
Al-Qurtubi

said,
"This verse implies a command for the wives of the Prophet

to abide in their houses. This command applies to all Muslim women even if it was the only proof in this regard; nevertheless, there are countless commands and evidence proving that the Muslim woman should abide in her house and refrain from leaving it without a necessity.
Sawdah bint Zam‘ah, may Allah be pleased with her, the wife of the Prophet

was asked, “Why do you not perform Hajj and ‘Umrah like your sisters (other wives of the Prophet

said,
"There are two types of adornment: natural and artificial. The natural adornment is embodied in the face, as it is the origin of adornment and beauty. Artificial adornment applies to the things through which a woman tries to beautify herself such as clothes and jewels. These two types of adornment should be concealed in implementation of the command of Allah The Almighty (which means): {and not expose their adornment}."
3-    Allah The Almighty Says (what means): {And women of post-menstrual age who have no desire for marriage -- there is no blame upon them for putting aside their outer garments [but] not displaying adornment.}[Quran 24:60]
This verse allows menopausal women who are no longer desired by men to put aside their outer garments and Khimaars (external covering garment). Nevertheless, the verse states that it is better for them to modestly refrain from doing so: {But to modestly refrain [from that] is better for them.}[Quran 24:60]
If this is the case with older women, then, what about the young women who can still tempt men? The Prophet,

, said: “I am not leaving behind me a more harmful temptation to men than women.”[Al-Bukhari and Muslim]
He also said: “Beware of this worldly life and of women. The first trial of the Children of Israel was through women.” [Muslim]
4-    It was narrated on the authority of Abu Hurayrah, may Allah be pleased with him, that the Prophet,

said: “There are two types of the people of Hell whom I have not seen: […] and women who will be dressed but appear to be naked, inviting to evil; and they themselves will be inclined to it. Their heads will appear like the humps of camels inclined to one side. They will not enter Paradise and they will not smell its fragrance, which could be smelled from such-and-such a distance.”[Muslim]
This is a dire warning against the woman’s impermissible exposure of beauty, uncovering her face and wearing transparent and short clothes. This is a terrible threat of being deprived of Paradise for any woman who commits this sin.
This Hadeeth also implies a miracle of the Prophet,

, because he foretold that women will do such things after his death, as he did not see them during his lifetime. Indeed, the prophecy came true and we see the women who are dressed in short or transparent clothes and headscarves but appear to be naked and even worse, because wearing such clothes may be more attractive than appearing naked.
Such evil and disobedient women wear this hairstyle and do it for other women. “Their heads will appear like the humps of ‎camels inclined to one side‎”i.e., they make their heads look larger by wearing a headband as it is common among women today who gather their hair over their heads and foreheads.
Some harms of the woman’s impermissible exposure of beauty:
Based on all that we have said, we can say that the woman’s impermissible exposure of beauty has adverse effects on both men and women in this world and in the Hereafter. It also degrades the woman and indicates her ignorance. It is prohibited for the young woman, the old woman, the beautiful woman and all other women.
The danger of the woman’s impermissible exposure of beauty is very serious because it destroys the fabric of society, brings shame and disgrace and calls for temptation and dissolution. The woman who impermissibly exposes her beauty or adornment has followed the steps of the devil, disobeyed the commands of the Quran and the Sunnah and transgressed the limits of Allah The Exalted.
It is extremely painful to see some Muslim women and girls in the streets, hospitals, and so on, uncovering their faces, arms, and legs ignoring the commands of Allah The Almighty and His Messenger,

, that forbid this and impose concealment and adherence to Hijab.
My dear Muslim sister,
Beware of exposing your beauty and adornment before non-Mahram men.
Beware of going out frequently without a Sharee‘ah-approved excuse to be truly obedient to Allah The Almighty and His Messenger,

, and protect your religion and honor.
Imitation of the disbelieving women is one of the greatest evildoings. This imitation includes dressing like them, uncovering the hair, exposing the adornment, wearing their hairstyles, wigs, and so on.
The Prophet,

, said: “Whoever imitates a people is one of them.”[Ahmad and Abu Daawood] [Ibn Hibbaan: Saheeh]

Why do Girls Refrain from Wearing Hijab?

Why do Girls Refrain from Wearing Hijab?

Allah The Almighty made Hijab (Islamic covering) obligatory upon women in order to protect their chastity, preserve their honor, and for it to be a symbol of their true faith. That is why we see that when any society deviates from the right path and the divine methodology, it becomes corrupt and plagued and needs treatment to heal and regain happiness. Indeed, there has been a remarkable increase...More