What Awaits Women in Paradise?

Women always pose many questions about their status and conditions in Paradise and about what is waiting for them there. So, I thought it would be useful if I compile all the relevant issues concerning this subject along with their authentic proofs from the Quran and Sunnah in addition to the opinions of reliable scholars to clarify the subject.

It is permissible for women to ask about their reward in Paradise, as the human soul is fond of thinking about its destiny and future. The Prophet,

, accepted such questions from his Companions. For example, they asked himabout the buildings of Paradise and he,

, said:"It is built from bricks of gold and bricks of silver placed alternately…”
They also asked him if they wouldhave intercourse with their women in Paradise andthe Prophet,

, told them that this would happen.
Hearing about Paradise and its pleasures delights one’s heart and soul and there is no difference between men and women in this regard. In principle, this behavior is good as long as it is followed by righteous deeds. Allah The Almighty Says to the believers (what means): {And that is Paradise which you are made to inherit for what you used to do.}[Quran 43:72]
So, they were truly longing for Paradise, and they worked to fulfill this wish.
Paradise and its pleasures are not for men alone; rather, it is {prepared for the righteous.} [Quran 3:133] The righteous here include men and women, as Allah The Almighty Says (what means): {And whoever does righteous deeds, whether male or female, while being a believer -- those will enter Paradise and will not be wronged}[Quran 4:124]
Women should not preoccupy themselves with inquiring about the details of their entering Paradise, what they will be doing there, where they will go, and so on. It is enough for every Muslim woman to know that once she enters Paradise, she will forget all the misery and hardships she ever faced, because her life in Paradise will be one of endless happiness.
It is enough for the Muslim woman to know that Allah The Almighty Says (what means):
·         {No fatigue will touch them therein, nor from it will they [ever] be removed.}[Quran15:48]
·         {Circulated among them will be plates and vessels of gold. And therein is whatever the souls desire and [what] delights the eyes, and you will abide therein eternally.}[Quran 43: 71]
·         {Allah being pleased with them, and they with Him.}[Quran 5:119]
All the pleasures of Paradise that Allah The Almighty mentions in the Quran; such as kinds of food, beautiful scenes, houses, and clothes, will be equally for men and women. The only thing that is for men alone in Paradise is the Hoor (Maiden). Some women may inquire why women are not promised the same.
The answer is summarized in the following points:
In this world, all women who will eventually go to Paradise fall under one of the following categories:
Each of these women has a special condition in Paradise:
Huthayfah, may Allah be pleased with him, said to his wife, “If you want to be with me in Paradise, do not marry anyone after my death. The woman will be for her last husband in Paradise, and that is why Allah The Exalted forbade the wives of the Prophet

from marrying after his death, because they will be his wives in Paradise.”
However, some people may wonder why the Prophet,

, taught us to supplicate for dead women, saying: “O Allah, provide her with a husband who is better than hers”, if it was true that the husband of the woman in this world will be her husband in the Hereafter.
Shaykh Ibn ‘Uthaymeen

said, “If the dead woman was unmarried, then the meaning would be, ‘O Allah, provide her with a husband better than the one she would have married if she had remained alive.’ With regard to the married woman, the meaning would be, ‘Provide her with her husband after improving his manners and attributes.’ This is because replacement means either replacing an entire item with another one or replacing the attributes of an item with other attributes. Allah The Almighty Says (what means): {[It will be] on the Day the earth will be replaced by another earth, and the heavens [as well]} [Quran 14:48] The verse says that the earth and heavens will be replaced, while the earth itself will remain after being extended, and the heavens themselves will remain after being cloven.”
In an authentic Hadeeth, the Prophet,

, said to women: “I have seen you constituting the majority of the dwellers of Hell …”In another Hadeeth, the Prophet,

, said: “The least in number among the dwellers of Paradise are women.”[Al-Bukhari and Muslim]
However, it was narrated in another authentic Hadeeth that each man of this world will have two wives from this world in Paradise.
Therefore, there are three opinions regarding the coordination between these Hadeeths, i.e., whether women will form the majority in Paradise or in Hell:
What we want to stress here is that every Muslim woman should be keen not to be among the dwellers of Hell.
Women who enter Paradise will be restored their youth and virginity, as the Prophet,

, said: “…Old women will not enter Paradise… when Allah The Almighty admits them to Paradise, He will make them virgins.”
According to some traditions, the women of this world in Paradise will be far more beautiful than the Hoor because they worshipped Allah The Almighty.
Ibn Al-Qayyim

said, “It is prohibited for any man in Paradise to come near the wives of any other man therein.”
Thus, Paradise has been adorned, waiting for women as well as men. Allah The Almighty Says (what means): {In a seat of honor near a Sovereign, Perfect in Ability.}[Quran 54:55]
Beware not to miss this opportunity, because one’s life in this world will soon end and nothing will be left except the eternal life; either in Hell or in Paradise. Endeavor to be among the dwellers of Paradise and know well that Paradise is obtained only through Faith and good deeds; rather than false hopes and negligence. Remember always that the Prophet,

said: “If a woman prayed the five daily prayers, fasted the month of Ramadan, maintained her chastity and obeyed her husband, it would be said to her, 'Enter Paradise from whatever gate you like.'”
Beware of the protagonists of dissolution and so-called ''women’s liberation'', because they want nothing but to spoil your morals and distract you from the bliss of Paradise. Do not let those dissolute writers and propagandists fool you, because Allah The Almighty Says (what means): {they wish you would disbelieve as they disbelieved so you would be alike.}[Quran 4:98]

Our Home: A Haven of Knowledge

When the Companions Were Children

Wisdom Behind Two Years of Areastfeeding - A Scientific Perspective 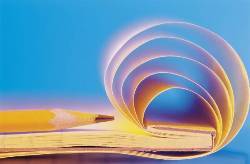 Our Home: A Haven of Knowledge

Truly, the Muslim home should be a haven of knowledge and beneficial learning and all its members should love knowledge and exert efforts to seek it, so that they would obtain the highest degrees in the...More