Registering in the School of Righteous Generations 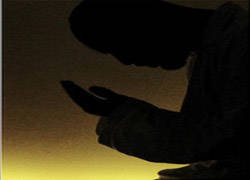 A noble guest is soon to arrive and a great season is to start -- the month of Ramadan, which is a month praised in the Quran and the Sunnah (Prophetic tradition). It has many virtues; for example, when it starts it is said: “O seeker of goodness, go ahead! O seeker of evil; desist!”

The Ummah (Muslim nation) has witnessed this month 1430[1] times and the month that is upcoming is1431. Many generations have graduated from its school. It gives an opportunity for serious people to change themselves from wrong to right, from misguidance to guidance, from failure to success, from defeat to victory and from every defect to every perfection. This not only takes place only in one aspect of life; rather, it occurs in many fields: religious, social, economic, Jihad (struggle), and others.
It is sufficient that during this month the Muslim overcomes the calls of the soul which is a persistent enjoiner of evil. By fasting, the strong will of the Muslim wins over his base desires in a way that he savors its taste and feels its joy everyday at sunset. The Prophet,

, said: “There are two occasions of joy for one who fasts: one when he breaks the fast and the other when he will meet his Lord." [Muslim]
For example, you may notice the sinning Muslim who is addicted to drinking alcohol and nothing deters him from drinking day and night; but in Ramadan, if someone were to compel him to drink a sip of lawful pure water while he was fasting, he would be extremely antagonized!
Ramadan is a school that calls people to every virtuous manner, as Allah The Almighty Says (what means): {O you who have believed, decreed upon you is fasting as it was decreed upon those before you that you may become righteous} [Quran 2:183]
However, this chance is only for those who are sincere and serious. The school of Ramadan is opening its doors for registration. This chance may not be available in the future. There are many people who hope to witness tomorrow and do not witness it. There are many people who were among the living in the morning and in the night they are among the dead. There are many people who hope to witness Ramadan but they do not.
One billion 300 million is the approximate number of Muslims nowadays.
They have the same ablution, the same way of praying, the same fasting, and the same Hajj.
They worship One God: no one is truly worthy of worship but Him. They submit to Him.
However, what about their feelings towards each other? What is their concern with regard to supporting their religion? What are their goals?
The answer is represented in the tragic suffering of Muslims in the four corners of the world. Year after year, their suffering has become even greater and the state of affairs has become even more turbulent for the Islamic Ummah (Muslim nation) and its unity.
With the advent of Ramadan, the month during which sublime virtues become manifest and people benefit therefrom, you are invited to take your share from this great bounty while you sit around the table (of Ramadan) which Allah The Almighty designated for the believing people of the Islamic Ummah.
The most important thing to be adopted and followed is to achieve brotherhood of faith among Muslims. Accordingly, they would support each other, putting into action the verse in which Allah The Almighty Says (what means): {The believing men and believing women are allies of one another.} [Quran 9:71] And the Hadeeth (narration) of the Prophet,

: “The believers in their mutual kindness, compassion and sympathy are just like one body; when one of the organs suffers, the whole body responds to it with wakefulness and fever.”
Unity of faith is enhanced in the legislation of fasting as the Prophet,

said, “Some scholars interpreted this Hadeeth saying that it means that fasting and breaking the fast should be with the community of Muslims and most people.”
Contemplate, O Muslims, on the unity of faith which brings your hearts together even though you are of different countries, languages and colors. It is an unmatchable unity on the face of the earth. So, why do we overlook and neglect it? Allah The Almighty Says (what means): {And brought together their hearts. If you had spent all that is in the earth, you could not have brought their hearts together; but Allah brought them together. Indeed, He is Exalted in Might and Wise.} [Quran 8:63]
Why are people undutiful to their parents?
Why do people sever their kinship ties?
Why do spouses quarrel and fight?
Why do neighbors desert each other?
Why are the bonds of brotherhood among Muslims untied?
The outcome of these misfortunes is that an Ummah of one billion three hundred million lost its advantage and effectiveness and became as it is mentioned in the Hadeeth “you will be scum like that carried down by a torrent.”
O Islamic Ummah, why do we seek this humiliation and panting behind other nations seeking glory and pride by imitating them? Why do we forget the Quranic verse where Allah The Almighty Says (what means): {This day I have perfected for you your religion and completed My favor upon you and have approved for you Islam as religion.} [Quran 5:3]
What a great religion is Islam! Why do people neglect this great blessing?
The Prophet,

, said: “Religion will continue to be dominant as long as people hasten to break the fast, because the Jews and the Christians delay doing so.” [Abu Daawood]
Contemplate this discrepancy and distinction between the Muslim Ummah and other nations even in the aspects of eating.
The purpose of instituting distinguishing features in the Ummah was not intended as an end in itself. Rather, it was legislated for a great goal of Sharee‘ah (Islamic legislation) that many people do not observe nowadays and take it lightly; namely, distinguishing this Ummah from other nations in order to be independent in every field -- religious, social economic, political, moral, and so on.
The Jews, since the dawn of the Message of Muhammad,

noticed this matter and were extremely annoyed. They said, “This man does not want to leave anything we do without opposing us in it.” [Narrated by Anas, may Allah be pleased witgh him, in Saheeh Muslim]
Is it appropriate, after all this, that some of our brothers and sisters become affected by the claims of the naïve and respond to the calls of globalization?
Globalization in which aspect?
They want globalization in economy, policy, ethics, and so on. They even call for religious globalization in order to mix all religions including the true religion of Allah The Almighty, Islam. Then, they impose a new world order or a new world religion or the so-called unity of religions in accordance with deviant Western perceptions in the same way that they corrupted their religions, and designed after the pattern of the godless life they live.
The Quran and the Sunnah (Prophetic tradition) are replete with texts enhancing the distinction of the members of this Ummah, males and females alike, with their true religion; and the generations of the Ummah comprehended this distinction well, which indicates its utmost importance. Allah The Almighty Says (what means):
The Prophet,

, said: “You will follow the ways of those who preceded you inch by inch and cubit by cubit so that if they should go into the hole of a mastigure, you will follow them into it." We said, "O Messenger of Allah! Do you mean the Jews and the Christians?" He replied, "Who else?"” [Al-Bukhari and Muslim]
He also said: “Whoever imitates a people, becomes one of them.” [Ahmad and Abu Daawood] [Jayyid chain of transmission]
The whole Ummah, males and females, are asked to review their course of life and the extent of their negligence towards this strategic issue in order to regain their lost pride and honor.
[1] Until the time of writing these lines