Reaping the benefits of Ramadan 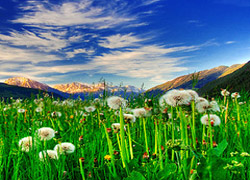 One of the virtuous callers to Islam told me the story of a young man who had not reached seventeen years of age. That young man had a great zeal for Da‘wah (calling to Islam) and was preoccupied with it all the time. He used to prepare himself to perform good and righteous deeds with the advent of Ramadan. For example, he used to stand by the side of a street before the time of Iftaar (time of breaking the fast) for over a quarter of an hour and then he would go to the areas where there were frequent traffic jams and distribute dates and cakes among the fasting people to break their fast with. He also used to distribute Da‘wah related pamphlets and periodicals that encourage the spread of the religion, virtuous conduct and noble morals. He used to do this for many years with a bright smile and a face shining with the light of faith.

One day while doing this righteous act at the traffic light, a speeding car hit him and killed him. He died while he was fasting and providing fasting people with something to break their fast, pleasing them and their children and making Da‘wah to Allah The Almighty. What an excellent deed! May Allah accept him in Paradise!
This story affected me and reminded me of the Hadeeth (narration) narrated by Anas, may Allah be pleased with him, where the Messenger of Allah,

replied: ‘He grants him success to do what is good before he dies.’” [At-Tirmithi: Hasan Saheeh]
There is an enormous difference between that young caller

and many Muslims worldwide who witness many Ramadans without seizing the great and rare opportunities available therein. There is a great difference between those who utilize their time by performing acts of obedience and those who waste it by committing vices.
If we were to think long and hard and use our minds in order to reflect upon how to seize the opportunities and reap the benefits of this month, we would no doubt come up with numerous ideas and means. Consequently, we would realize the value of this great month and its multiple blessings that we are not aware of.
Many channels of good deeds, means of reforming thoughts and Da‘wah projects could be implemented in this noble month. Thus, we would lead the way of righteous people in utilizing their time in a way that benefits our Ummah (Muslim nation) and society.
Why is Ramadan a chance of a lifetime?
If we think deeply about our lives and time, we would have no doubt that in each second and minute we live there are many chances that never return again. The long line of days that we spend joyfully toiling to reach a beloved goal are surely struck off from our life forever, whether realize this or not. There is no escape from Allah The Almighty except by returning to Him, utilizing our time in doing good deeds and abandoning frivolous play and wasting time that will culminate and cause regret and bitterness later on in life. Some people will say upon death as Allah The Almighty Says (what means): {…until, when death comes to one of them, he says, "My Lord, send me back that I might do righteousness in that which I left behind."} [Quran 23:99]
One of the greatest chances, rather the most comprehensive chance and the most important of all opportunities in Ramadan, is that of worshipping Allah The Almighty, fulfilling His rights, resorting to Him, and beseeching Him. This is the real great chance in life and the Universe, and any other chance is but a branch of this great origin, from which all other aspects of our deeds, worship and dealings stem.
Seize your chances
Different people receive Ramadan in various ways. Some receive it by indulging in play and means of entertainment, some receive it by consuming food and drinks, others receive it by scheduling time to follow programs and soap operas on TV, and so on. These are the ways of the heedless people who are unaware of the merits, virtues and importance of the rites of Ramadan.
However, the believers who hasten to do good deeds receive Ramadan by hurrying to do righteous deeds and avoiding evil deeds, bearing in mind the verse in which Allah The Almighty Says (what means): {And hasten to forgiveness from your Lord and a garden as wide as the heavens and the earth, prepared for the righteous}[Quran 3:133]
Those who hasten to do good deeds and seize opportunities usually look forward to and long for all the opportunities for performing acts of righteousness and the ways leading to the pleasure of Allah The Almighty, seeking His satisfaction and fearing His painful punishment. They know for sure that Allah The Almighty urges His slaves to hasten to do goodness. Allah The Almighty Says (what means):
Moreover, they know that they contradict the Quranic methodology if they hasten and race towards worldly gains. Allah The Almighty Says (what means):
The believers notice that the command to hasten came in the context of doing good deeds and seeking the reward of the Hereafter, whereas there is no hastening or racing mentioned in the context of seeking worldly temporal gains. Therefore, Allah The Almighty urges hastening in seeking the Hereafter and remembering Him. On the other hand, in the context of worldly matters He Says (what means): {So walk among its slopes}[Quran 67:15] There is a significant difference between hastening or racing and walking. Therefore, Allah The Almighty made hastening and racing the basis of the slave’s deed to gain the reward of Allah The Almighty in the Hereafter. On the other hand, Allah The Almighty Says about the worldly affairs (what means): {do not forget your share of the world} [Quran 28:77]
When we reconsider these verses, it becomes clear that “walking” is used in the context of seeking worldly life because it is an instinct in humans and these natural instincts do not need special commandments or require arousing of the desire to perform them . However, people are addressed by the Sharee‘ah (Islamic legislation) to seek the reward of the Hereafter -- an act that necessitates hastening. Human beings do not need encouragement to be enthusiastic about pursuing gains in the worldly life unlike good deeds which need encouragement.
The best and most worthwhile manner to seize the opportunities presented by Ramadan is by fulfilling the rights of Allah The Almighty.