Lest We Forget Them… 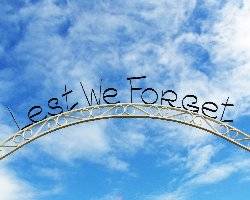 Ramadan comes this year while the troubles and disasters afflicting the Ummah (Muslim nation) are greater than the previous Ramadan. There are the homeless, hungry, frightened, imprisoned people and other poverty-stricken Muslims in various countries of the world.

What is our attitude towards this situation?
First: One should acknowledge the favors of Allah The Almighty upon him. No matter how bad his condition is, there are people whose conditions are worse; and never can he be able to thank Allah The Almighty enough for His countless favors.
Second: Empathizing with the conditions of one's fellow Muslims drives the Muslim to adopt a positive attitude towards them. Hence, he would do as much as he could by supplicating Allah The Almighty for them and helping them either materially or morally.
This is one of the many wisdoms of fasting: that a Muslim empathizes with the condition of his fellow Muslims.
One of the righteous predecessors was asked why fasting was legislated. he said, “So that the rich experience hunger. Accordingly, they will not forget the hungry people.”
This is one aspect of the wisdoms and benefits of fasting. In this way, the principle of brotherhood and loyalty among Muslims would be achieved. Allah The Almighty Says (what means): {The believing men and believing women are allies of one another.} [Quran 9:71] The Prophet,

, said: “The believers in their mutual kindness, compassion and sympathy are just like one body. When one of its organs suffers, the whole body responds to it with wakefulness and fever.”
It should be known that Ramadan is the season of generosity and benevolence in every means. We have a good example in our Prophet,

. Ibn ‘Abbaas, may Allah be pleased with him, said,“The Messenger of Allah

recited to him the Quran. (When Jibreel met him) the Messenger of Allah

was more generous in giving charity than the blowing wind.” [Al-Bukhari and Muslim]
Ibn Katheer

said, “This is a very eloquent simile where generosity is likened to the blowing wind in its generality, succession and ceaselessness.”
An-Nawawi

said, “There are benefits in this Hadeeth: showing the greatness of the generosity of the Prophet

; the recommendation of being more generous in Ramadan; and increasing generosity when meeting the righteous people and after leaving them as an effect of meeting them.”
If not today, then when?
This blessed month, which has the atmosphere of generosity and benevolence, necessitates that we look into the conditions of each other and that the rich helps the poor.
It is indeed saddening that there are some prisoners who are deprived of the joy of gathering around the table to break the fast of Ramadan with their families and participating in acts of worship with their brothers and reaping the spiritual benefits of this month away from physical restrictions.
We want to ask a general question: where are the well-off people? Where are the rich? Where are the millionaires?
The rich in our Islamic countries especially those whose Zakah (obligatory charity)  amounts to millions are requested to come out of the “prison” of selfishness and to get rid of the restrictions of stinginess and to pay attention to their distressed fellows.
Brothers and sisters, it is shameful that one of us remains in prison because of not paying a mere ten thousand rent for his family home.
It is a shame that one of us is imprisoned for a long time because of just three thousand, for the value of bread and milk for his children.
It is indeed a great shame. Where is chivalry? Where is mercy towards each other?
Do those people who put their indebted rivals in prison have no place in their hearts for mercy or pardon? Whoever pardons, Allah The Almighty would pardon him. Whoever shows leniency for indebted people, Allah The Almighty would forgive him especially if the creditor is rich and is not in need of this money.
I present this marvelous treasure for the rich and well-off people. The Prophet,

, said: “There was a merchant who used to loan money to the people and he used to say to his servants: `When an insolvent person comes to you, show him leniency so that Allah The Almighty may pardon our faults.' So when he met Allah (i.e., when he died), Allah forgave him.”[Al-Bukhari and Muslim] In another narration, “Allah Says, We are worthier to do this than him, forgive him.”
The Prophet,

, also said: “He who likes Allah to deliver him from the calamities of the Day of Resurrection, let him either give respite to a debtor or grant him remission (of loans) in straitened circumstances.” [Muslim]
If our rich brothers do not hasten to do so today, when would they do it?