Realizing the Essence and Purpose of Hajj - I 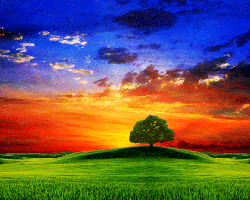 When a Muslim realizes the essence of Hajj as well as the rationales and secrets behind it, this qualifies him to perform a valid and accepted Hajj. This is similar to humbleness in prayer. A person who has greater humility in prayer, his prayer is more likely to be accepted. The same applies to Hajj. The more a pilgrim is aware of the essence, spirit and rationales behind the Hajj as well as the purposes for which it has been prescribed and, further, he utilizes this to reform his creed and behavior, his Hajj will be more likely to be accepted and greatly rewarded and he will benefit more.

Nevertheless, no one will be able to achieve this unless he qualifies himself by actively seeking the secrets and rationale behind Hajj and reflecting on them. A Hajj pilgrim who does not attempt that ought to worry that his Hajj may amount to no more than a mixture of tourism and tiredness.

Here are some of the most important rationales and purposes behind Hajj that a pilgrim should realize:

One of the purposes behind Hajj is to attain piety. Piety is firmly and explicitly connected to Hajj in the relevant Quranic verses. Allah The Exalted Says (what means):

2)  Firmly establishing and asserting Islamic monotheism in the heart and mind:

Hajj is based on dedicating one's intention to Allah The Almighty and doing everything only for His Sake. Allah The Exalted Says (what means):

and avoiding polytheism in obedience. To perform any of the Hajj rituals according to one's whims and inclinations is rejected. Rather, it is necessary to follow the example of the Prophet

and to adhere to his methodology.

3)  Honoring the symbols of Allah and what He deems sacred:

One of the most prominent purposes and rationales behind Hajj is getting a slave of Allah used to honor, exalt and love the symbols of Allah The Almighty and what He deems sacred.  One has to fear violating or going against the forbiddances of Allah The Almighty. In the course of the Quranic verses relevant to the Hajj, Allah Says (what means): {That [is so]. And whoever honors the Symbols of Allah - indeed, it is from the piety of hearts.} [Quran 22:32]

Allah Says (what means): {Hajj is [during] well-known months, so whoever has made Hajj obligatory upon himself therein [by entering the state of Ihraam], there is [to be for him] no sexual relations….} [Quran 2:197] Foreplay is included as well.

(b) Restraining anger and abandoning disputing and arguing:

said, "It refers to disputing with your companion until you anger him or he angers you." According to the preponderant view, it means stressing forbiddance of dispraised disputes only, which is arguing and disputing over matters which are useless under Sharee'ah (Islamic legislation).

heard people harshly urge and beat camels upon leaving Muzdalifah, he remarked: "O people, be tranquil, because it is not hastiness that indicates righteousness.”

(d) Self-denial and mingling with others:

During Hajj, a person denies himself, abandons everything with which distinguishes himself and becomes exactly like all his brothers in dress, saying the Talbiyah, moving from one place to another and acts of worship.

(e) Teaching a Muslim how to bear the consequences of one's mistakes:

This clearly appears in the obligatory compensation (Fidyah) when a pilgrim deliberately violates one of the restrictions of Ihraam, stays in the wrong place on ‘Arafah or moves to Muzdalifah before sunset, etc.

This clearly appears through the unity of all pilgrims in rituals as well as in their experience and feelings. All material differences among pilgrims in terms of language, color or wealth, etc., are denied. In the course of Khutbat Al-Wadaa‘ (the Farwell sermon), the Prophet

(g) Teaching patience in all its aspects:

During Hajj, a pilgrim curbs his desires and inclinations by abstaining from anything that would violate his state of Ihraam. Furthermore, he abstains from some things which are permissible, when he is not in the state of Ihraam. A pilgrim exposes himself to hardship and exhaustion for the sake of obeying the commands of Allah The Almighty to perform and complete the rituals of Hajj. This creates incentives within him to abandon acts of disobedience, obey Allah The Almighty and bear hardship for the sake of pleasing Him even after Hajj is over.

This clearly appears when the pilgrim pays the expenses of Hajj.

Realizing the Essence and Purpose of Hajj - II