Directions on giving advice -I 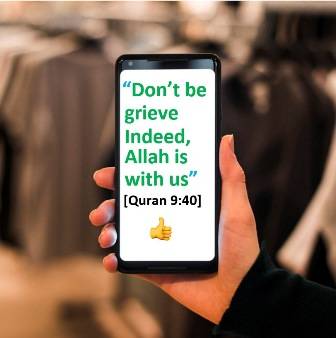 Among the essential obligations Islam enjoins Muslims to do is to offer sincere advice to people, whether fellow Muslims or others, in the best manner, so as to spread good and eliminate evil in society.

has made it our business.

said, "The religion is (built on) advice." The people listening asked, "To whom?" The Prophet

replied, "To Allah, to His Book, to His Messenger, to the leaders of the Muslims, and the common folk." [Al-Bukhari and Muslim]

equated the entire religion to giving Naseehah, but what exactly is Naseehah? Naseehah is an Arabic word that is usually translated to mean "sincerity" or "sincere advice", but actually embodies every type of virtue. As believers, this statement of the Prophet

must be taken to heart. By learning what Naseehah is, we can then act on it and bring about positive changes in ourselves and each other. Naseehah is a wonderful weapon, but like most weapons, if the user does not know how to use it properly, it can cause more harm than good.
How is Naseehah given to the common Muslims?
I) By establishing His worship (worships only to Allah alone) by offering the obligatory deeds with perfection.
II) By believing in Him; negating partners from Him; not denying any of His qualities; describing Him with all the qualities of beauty and perfection; and declaring Him to be far removed from faults and qualities of imperfection.
III) By establishing His obedience and turning away from His disobedience.
IV) By loving and hating for His sake; befriending and making allegiance to those who obey Him and taking as enemies those who disobey Him; and turning toward what He loves and distancing oneself from displeasing Him.
V) By appreciating His blessings, bounties and thanking Him for them by obeying Him out of love and drawing closer to Him through the heart.
VI) By calling to all of the above, teaching it and being sincere in it for His sake.
How is Naseehah given to the Book of Allah?
I) By firmly heartily believing that it is the Speech of Allah and His revelation; it is not like the words of the creation; and none of His creation is capable of producing something similar to it.
II) By respecting it.
III) By learning and teaching it; reading, reciting, and writing it properly; understanding its meaning; staying within its bounds; acting upon what is contained in it.
How is Naseehah given to the Prophet

?
I) By affirming Prophet’s

prophethood.
II) By firmly believing everything that Prophet

came with; obeying him in what he commanded and what he forbade.
III) By aiding Prophet

while he was alive and after his death; taking his enemies as one's enemies, and befriending those who take him as a friend.
IV) By realizing the greatness of Prophet’s

right upon us, honoring him

and reviving his Sunnah (tradition/practice).
V) By practicing Sunnah Prophet’s

spreading and affirming it; refuting those who cast doubts upon it; spreading its knowledge and its understanding; not arguing about it without knowledge; calling others toward it; teaching it with gentleness; showing its greatness and the greatness of those who adhere to it by attaching oneself to them; and showing it its due respect when studying it.
VI) By loving Prophet’s

family (Ahl-ul-Bait) and his companions

; turning away from those who belittle his family or revile his companions.
Naseehah to the leaders of the Muslims
It is obligatory (Wajib) to give Naseehah to the leaders of the Muslims, since they have faults and are not protected from committing errors, but who are the leaders of the Muslims? They are:
I) The caliphs and others responsible for the affairs of the Muslims.
II) The religious scholars.
As for giving Naseehah to the rulers of the Muslims, it includes:
I) Assisting and obeying them in the right.
II) Reminding them if they err or forget.
III) Fighting Jihad with them. Participate and support them in Jihad (struggle for the sake of nation/religion by hoping benefit from Allah) whenever needed.
Giving Naseehah to the scholars includes:
I) Spreading their knowledge.
II) Spreading their virtues.
III) Having good opinion about them.
IV) Accepting their rulings if they give sound proofs for their decisions.
V) Giving them the benefit of the doubt, or making excuses for them if they make mistakes.
VI) Honoring and respecting them.
Naseehah to the common Muslims
The following includes giving Naseehah to all Muslims, be they black, white, Arab or non-Arab; be they sinful, ignorant or heedless. It also includes giving Naseehah to Muslims, no matter which organization or group they belong to or if one likes them or dislikes them.
How is Naseehah given to the common Muslims?
I) By guiding them to what will bring them benefit in this life and Hereafter.
II) By removing harm from them and bringing them benefit.
III) By teaching them what one loves for oneself and hating for them what one hates for oneself.
IV) By teaching them what will benefit them.
V) By commanding them what is right and forbidding them what is wrong with gentleness and sincerity.
VI) By being soft with them, honoring the elderly, loving and being merciful towards the youth.
VII) By not being deceptive and jealous toward them.
VIII) Protecting their honor and wealth.