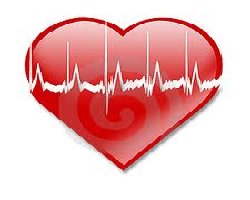 Consistent lifelong exercise preserves heart muscle in the elderly to levels that match or even exceed that of healthy young sedentary people, a surprising finding that underscores the value of regular exercise training, according to a new study. The first study to evaluate the effects of varying levels of lifelong exercise on heart mass was presented on Saturday at the annual scientific meeting of the American College of Cardiology in New Orleans.

It suggested that physical activity preserves the heart's youthful elasticity, showing that when people were sedentary, the mass of their hearts shrunk with each passing decade.
By contrast, elderly people with a documented history of exercising six to seven times a week throughout adulthood not only kept their heart mass, but built upon it -- having heart masses greater than sedentary healthy adults aged 25 to 34.
"One thing that characterizes the aging process by itself is the loss of muscle mass, particularly skeletal muscle," said Dr. Paul Bhella, a researcher from John Peter Smith Hospital in Fort Worth, Texas who presented the study at the conference.
"But we are showing that this process is not unique to skeletal muscle, it also happens in cardiac muscle," he said. "A heart muscle that atrophies is weaker."
The study enrolled 121 healthy people with no history of heart disease. Fifty nine were sedentary subjects recruited from the Dallas Heart Study, a large multiethnic sample of Dallas County residents.
Some 62 lifelong exercisers, all over age 65, were recruited mainly from the Aerobics Center Longitudinal Study, which had documented their exercise habits over a period of 25 years.
In the new study, exercise was assessed by the number of aerobic exercise sessions per week, rather than intensity or duration. Subjects were broken down into four groups: non-exercisers; casual exercisers (two to three times a week); committed exercisers (four to five times a week) and master athletes (six to seven times a week).
Heart mass measurements, taken using MRIs, showed that sedentary subjects had diminished heart mass as they aged, while lifelong exercisers had heart mass expansion with increasing frequency of exercise.
"The data suggest that if we can identify people in middle age, in the 45 to 60 year range, and get them to exercise four to five times a week, this may go a very long way in preventing some of the major heart conditions of old age, including heart failure," said Benjamin Levine of the University of Texas Southwestern Medical Center, who headed the study.
Source: Reuters