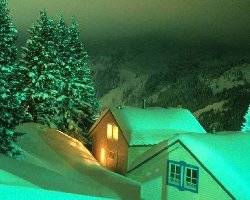 This article attempts to deal with a marital problem which is connected with conduct, namely, the deviation of the husband, or infidelity. We believe that, many a time, if a man asks to marry another woman or looks at other than his wife, he is actually in real need of a second marriage. What, then, is more honorable: marrying another woman or committing an immoral act? Which is better for the man's religion: a second marriage or taking a girlfriend?

The woman may think that polygyny is unfair to her, undermines her personality, nullifies her independence, and denies her of respect and ownership. This perception is only partly true from the perspective of the individual woman, but at the same time, this view exposes its blatant aggression against the gender of women in general when some women, who are deprived of or have lost a husband, look for another one and cannot find any. When Islam legislates or legalizes a matter, it considers the public interest and gives it precedence over the interest of the individual in order to bring about public benefits and ward off destructive evils. By doing so, Islam is consistent with common sense and wise reasoning.

Evidence on its permissibility:

Islam permitted polygyny in text of the Quran in Soorah An-Nisaa’. Allah The Almighty Says (what means): {And if you fear that you will not deal justly with the orphan girls, then marry those that please you of [other] women, two or three or four. But if you fear that you will not be just, then [marry only] one or those your right hand possesses. That is more suitable that you may not incline [to injustice].} [Quran 4:3]

This is the maximum number permitted, and it is not permissible to marry more than four. This is the statement of scholars of Tafseer (Quranic exegesis) and Muslim jurists, and the whole Ummah (Muslim nation) is in unanimous agreement upon this. If anyone entered Islam while having more than four wives at the time of the Prophet

he would order him to keep four and divorce the remaining ones.

It goes without saying that there are seven cases which inevitably require polygyny:

5) The nature of man and his sexual ability

6) The conditions of war and the resulting shortage of men

What is the problem, then?

Allah The Almighty has incomparable wisdom in all his sayings and actions, and so His legislating polygyny is by no means belittling the woman or underestimating her position and status. Polygyny was made lawful for the interest of the woman, the man, and the society as a whole.  The problem here therefore is not in the Sharee‘ah of Allah; the problem is in the individual mistakes made by some people. Therefore, we should not attribute the mistake and injustice to the Sharee‘ah of Allah. The tragedies and problems that occur due to polygyny are a result of the husband's failure to create a balance between the two parties. Islam is not affected by some Muslims' abuse of the concession of polygyny without justice. Indeed, Islam reigns supreme and nothing is superior to it and it is the criterion and standard. Whoever agrees with it is right, and whoever disagrees with it is wrong and has to reconsider his actions. Curing the injustice that occurs from some husbands cannot take place by banning what Allah The Almighty has made lawful. The cure should be through teaching, educating and understanding the rulings of Islam.

We have heard many bizarre stories and tragedies that represent polygyny in a repugnant form. Some men have behaved improperly, exceeded the limits, and showed injustice. At a time in which the man wants to carry out the Sunnah of polygyny, some have neglected their duties, themselves, and their dependents. Some men are unfair to their first wives, neglect their children, and deprive them of inheritance. Some fail to support them financially, raise them, or take care of their affairs. A man may unhesitatingly divorce one of his wives to get rid of the problems and thus bring about harm on her. Sometimes a husband enrages and distresses one of his wives or compares her to the other, or does similar harmful acts.

Polygyny, though permissible, has certain conditions:

Allah The Almighty Says (what means): {But if you fear that you will not be just, then [marry only] one or those your right hand possesses. That is more suitable that you may not incline [to injustice].} [Quran 4:3] This verse states that justice is a condition for the permissibility of polygyny. So, if the man fears himself being unjust between his wives, it would be prohibited for him to marry more than one, and he is obliged to marry one woman only. This addresses the obligatory justice that man affords in terms of financial maintenance, accommodation and overnight stays. What man does not have control over, like the inclination of his heart towards one of his wives, however, is not included. This is what Allah The Almighty means by His Saying (what means): {And you will never be able to be equal [in feeling] between wives, even if you should strive [to do so]….} [Quran 4:129]

Financial maintenance: Allah The Almighty Says (what means): {…That is more suitable that you may not incline  [to injustice].….} [Quran 4:3] In his book ‘Uddatus-Saabireen, Imam Ibn Al-Qayyim

said, "This means do not be unfair or unjust." Ash-Shaafi‘i

interpreted it to mean, "(in order to) to increase your children." But the first opinion is the preponderant one. The Prophet

said: "O young men, whoever can afford marriage, let him marry. Marriage helps man lower his gaze and maintain chastity. Whoever cannot afford it, let him fast. Fasting is a shield for him."

If the man cannot afford marriage financially, he is not allowed to marry. This ruling applies to his first marriage, and thus he is not, with even greater reason, allowed to marry a second woman when he is already married to one. Marrying another woman while he knows that he is unable to financially support her with the first wife is an act that shows man's indifference in fulfilling others' rights. It is a form of injustice, and injustice is not permissible.

In short, Islam has permitted polygyny for the benefit of the woman and the man and the society in a general and comprehensively realistic way. Polygyny saves the woman from the clutches of corruption and immorality, and from the traps of depression, frustration and deprivation. This occurs in conditions that only polygyny can help and be the effective solution and way out. Moreover, the man must abide by the conditions of justice, equity, and the capability of financial support that Islam obligated on the man in this case. If these conditions are not present, there can be no polygyny. The woman who suffers harm because of the second marriage has the right to demand separation and divorce. Let there be no harm or reciprocating harm.

Polygyny is like a medicine or treatment for many diseases. It is permissible and becomes an act of the Sunnah if there are good intentions and Sharee‘ah limits are observed. It may become prohibited if the man fears injustice, or if a verbal or customary condition preventing polygyny is set when the marriage contract is concluded. Polygyny may be a successful solution to the problem of infidelity in question.

May Allah guide us all to do what is best for us and the Muslim family – Allah willing.