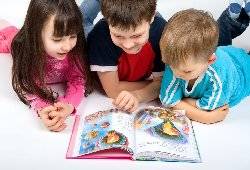 Islam realizes the natural inclination toward stories, due to their magical effect on the hearts, and thus, endorses listening to them as a method of upbringing and rectifying. [Awlaaduna Akbaaduna]

Stories attract the children in their early years and gain their preference over other types of entertainment, because they leave a clear effect on their souls, and implant in them the desired values by getting the children to sympathize with the protagonists and making them live the conversations and events depicted by the story. Also, stories play a big role in attracting the attention of children and stimulating their thought and minds. [Al-Insaat Al-In‘ikaasi]

1)   The best sources for clear and impressive stories are the great Book of Allah, the Seerah (biography) of the Messenger

-   Should spend enough time to listen to and read these stories, in order to satisfy the curiosity of their children, their love for stories and to answer their numerous questions.

-   Should use an exciting style and simple language that is accessible to the hearts and minds of children.

-   Should verify the sources of the stories, and avoid doubtful stories, because they might leave a bad effect on children when they grow up and know that such stories were not authentic. [Awlaaduna Akbaaduna]

2)   Parents should select meaningful stories that do not have terrible ends, include myths and which do not talk about events where the protagonists are fierce animals. [Daleel At-Tarbiyah Al-Usariyyah]

-   What makes children watchful of Allah The Almighty, such as the story of ‘Umar ibn Al-Khattaab

and the seller of the milk and her daughter.

-   What makes children grateful to Allah The Almighty for His blessings, such as the story of the blind man, the leprous man and the bald man. [Al-Insaat Al-In‘ikaasi]

3)   It is important to exclude detective stories and novels that teach children methods of crime and make it easy for them to employ such methods, in addition to the stories where the protagonists fall into major sins, such as killing, drinking alcohols and fornication. [Daleel At-Tarbiyah Al-Usariyyah]

4)   The stories should be realistic: Strangely enough, most stories of nowadays are about adventures, violence and mythical people, some of them are animals or spacemen. The children are thus indulged in fancies with the stories of ‘Superman’ or ‘Batman’, ‘Mickey’ and ‘Cinderella’. These are Western stories that have been translated including all of the behaviors and absurdities which they relate. The least to be said about them is that they do not communicate lofty meanings related to upbringing, nor do they tend to inculcate sound morals and values. More gravely, they overlook the existence of Allah The Almighty altogether. Much more, some stories portray some protagonists as controlling the universe, instead of Allah The Almighty. Other stories are about the Jinn and devils. As such, they are harmful to children because they fill them with terror, as well as bearing no values or scientific benefits. [Atfaaluna Wal-Tarfeeh]

The children may have a reason for being attracted to such stories, because Muslims do not produce stories and animated movies with such a technology and exciting style that attracts the attention of children. This gap must be filled to satisfy our children.

Finally, Islam does not forbid art, nor does it forbid the moment of fall and weakness. However, it represents it as it should be – a transient moment of weakness after which a person restores his consciousness, not a moment of heroism.

This way, the requirements of art and the requirements of faith-based conception intersect without clashes. That is how Islam utilizes stories in bringing up children without evading its original objectives, steering away from the truth or changing art into sermons with superficial effect. [Awlaaduna Akbaaduna]