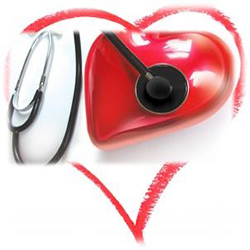 There are numerous signs of a sickness of the heart. The first of them, is finding it difficult to live by the purpose of our creation, which is to know Allah The Almighty, love Him, yearn to meet Him, turn to Him in repentance and to prefer doing all this to any other desire. Indeed, whoever gives precedence to his or her whims, over the love of, and obedience to, his or her Lord, then his or her heart is certainly diseased.
Allah The Almighty Says (what means): {Have you seen the one who takes as god his own desire? Then would you be responsible for him?} [Quran 25: 43]. Some of the righteous predecessors said that this verse refers to the person who is led by his or her base wants and whims; hence, he or she lives like an animal, with no knowledge or worship of Allah The Almighty, in violation of His orders and prohibitions. Allah The Almighty Says (what means): {but those who disbelieve enjoy themselves and eat as grazing livestock eat, and the Fire will be a residence for them.} [Quran 47:12]

Let us not forget that as we sow, so shall we reap. Therefore, if a person not only does not live life according to what pleases Allah The Almighty, but instead actively pursues a lifestyle of disobedience to Him through His very blessings, he or she will neither find comfort nor be relieved of pain, after death, in the Hereafter. Allah The Almighty, Says (what means): {He will gulp it but will hardly [be able to] swallow it. And death will come to him from everywhere, but he is not to die. And before him is a massive punishment.} [Quran 14:17]

Another sign of a diseased heart is that a person is not disturbed by insubordination to Allah The Almighty. A poet spoke of how a dead person does not feel the pain of any wound; using that analogy, conversely, a sound heart feels great pain when a sin is committed, and, so, is quick to repent to Allah The Almighty, as He Says (what means):

· {Indeed, those who fear Allah - when an impulse touches them from Satan, they remember [Him] and at once they have insight.} [Quran 7:201]
· {And those who, when they commit an immorality or wrong themselves [by transgression], remember Allah and seek forgiveness for their sins - and who can forgive sins except Allah? - and [who] do not persist in what they have done while they know.} [Quran 3:135]

The meaning of “remember [Allah] ” in both verses, refers to the act of bearing in mind His magnificence, His threats and His punishments, and so, they seek His forgiveness. On the other hand, the one who has a diseased heart will keep on committing sin upon sin.

In another place in the Quran, Allah The Almighty Says (what means): {No! Rather, the stain has covered their hearts of that which they were earning.} Commenting on this verse, Al-Hasan

said that this means committing one sin after the other, to the extent that the heart becomes blind. In contrast, a person with a sound heart will follow an evil deed with a good one and make sure to repent after a wrongdoing.

A diseased heart, moreover, manifests itself when a person does not feel any pain of being unaware of the truth, whereas, someone with an upright mind could not tolerate that when coming across any confusing matters, or having false beliefs. Verily, ignorance is a serious calamity that pains anyone with a sound heart.

Some scholars would say: “Allah was never disobeyed with anything worse than ignorance.” Also, Imaam Sahl

was asked: “O father of Muhammad! What is worse than ignorance?” He replied: “To be oblivious of one’s obliviousness.” Indeed, such a state entirely hinders the path to knowledge, for a person is unaware of his or her need for it. It was once said that ignorance before one’s death is death itself; the bodies of the ignorant are like graves for the soul and they will have no resurrection until the Day of Resurrection.

Another sign of having a diseased heart is deviating from what is useful to what is harmful. Many people, for instance, refrain from listening to the Quran, about which Allah The Almighty Said (what means): {And We Send down of the Quran that which is healing and mercy for the believers, but it does not increase the wrongdoers except in loss.} [Quran 17:82]. Instead, they listen to songs that instill hypocrisy, and perhaps disbelief, in their hearts and stir their base desires. Such people sin, by preferring what Allah and His Prophet, sallAllahu ‘alayhi wa sallam, hate.And that, in itself, is a consequence of having a diseased heart and only increases it in sickness.

The last symptom of an ill heart is that a person settles in this worldly life, satisfied with it and is at peace in it, feeling no sense of alienation, such that he or she no longer looks forward to the Hereafter or works for it. Conversely, when a heart becomes sound, it yearns for the Hereafter, to the extent that it perceives the sickness of others, while they do not see its soundness. The state of a person with such a heart, in life, bears the spirit of the Hadeeth in which the Prophet, sallAllahu ‘alayhi wa sallam, said: “Be in this life as if you were a stranger or a traveler.” [Al-Bukhari]