What are the Signs of a Good End? 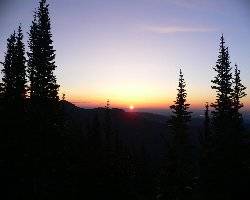 A good end only comes to those who are inwardly and outwardly upon the straight path, and an evil end comes to those who are corrupt and sinful, remaining so until they die without repenting. There are signs of a good end, some of which are seen by the dying person as he is dying, and some which may be visible to other people.

A good end means when a person was guided before his death to keep away from that which angers the Lord and to repent from sin, and to focus on doing acts of worship and good deeds, and then he died in this good state. The Messenger of Allah

said: “When Allah wills good for His slave, He uses him.' They said, 'How does He use him?' He said: 'He guides him to do good deeds before he dies.'” [Ahmad]

also said: “'When Allah wills good for His slave, He sweetens him.' He was asked, 'What is this sweetening?' He said: 'Allah guides him to do righteous deeds before he dies, then He takes (his soul) whilst he is in that state.'” [Ahmad]

The signs of a good end that appear to the dying person are the things that give him glad tidings as he is dying, that Allah The Almighty is pleased with him.

These signs include the following:

1)  Uttering the Shaahadah (testimony of faith) when dying.
2)  Dying with sweat on the forehead.
3)  Dying on the night or day of Friday.
4)  Dying as a fighter for the sake of Allah The Almighty.
5)  Dying of the plague.
6)  Dying of a stomach disease.
7)  Dying by being crushed by a falling wall or by drowning.
8)  Dying in childbirth or pregnancy.
9)  Death caused by burning, pleurisy and tuberculosis.
10) Dying to defend one’s religion, one’s wealth or one’s life.
11) Dying guarding the borders of Islam for the sake of Allah The Almighty.
12) Dying whilst doing a righteous deed.

These are the good signs which point to a good end, but despite that we cannot be certain that a specific person is one of the people of Paradise unless the Prophet

testified that he will go to Paradise.

Some examples of a good end from the lives of the righteous predecessors:

during his last moments before death and said to him, “‘O Abu ‘Abdullah! I see that death is difficult for you’. Then he kept consoling him until his face became as bright as a glowing lamp, then Muhammad

said, ‘If you see the situation I am in now you would be thrilled’”, then he died.

said, “I went to remind my father to utter the Shahaadah during his moment of death and said to him: O father! ‘Say laa ilaaha illallaah’ so he replied: ‘O son! Leave me, I am saying my usual sets of supplications, and I am in the sixth or seventh of them.'”

was dying he cried, so people asked him about the reason why and he replied, “I cry for the inability to pray or fast anymore,” and then recited the Quran until he died.

heard the call for prayer during his death sickness and said, “Take me by my hand to the mosque. He entered the mosque, joined the congregation in the Maghrib prayer, and managed to pray one Rak’ah (unit) before he died.”

On the other hand, there are some examples of a bad end (we seek refuge in Allah The Almighty from that). For example:

-   A man was told to say the Shahaadah: ‘laa ilaaha illallaah’ at the time of his death, but he started to sing because he was obsessed with music.

-   Another person who loved to drink alcohol said, ‘Give me a glass of alcohol’. 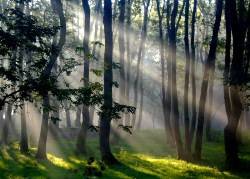 There is no better time to start making positive changes in our lives than this blessed month. Ramadan is a Muslim's recurring opportunity for spiritual enhancement and soul redemption. It is also an...More