Steadfastness in Worship after Ramadan 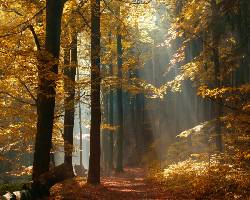 This is the goal worthy of being actively sought and aspired for: steadfastness in worshipping and obeying Allah The Almighty, avoiding sins and reciting the Quran and Athkaar (words of remembrance and supplication) after Ramadan. Just as every matter has an accompanying sign, scholars mention that the sign of acceptance of a good deed is for it to be followed with another good deed. Hence, the sign of acceptance of your worship in Ramadan is steadfastness and sincerity in worshipping even after Ramadan. This is a great favor from Allah The Almighty to any slave to be steadfast upon His Sharee‘ah (Islamic legislation) and follow His Way until the person meets Allah The Almighty after doing acts of obedience. If you contemplate the life of those who had a good end, you would find that they were keen on obeying Allah The Almighty and avoiding sins. What a beautiful life it is if you are close to Allah The Exalted! What a wonderful good end for those who remain steadfast on the path to Allah The Almighty until their death! Allah The Almighty Says (what means): {Indeed, those who have said, "Our Lord is Allah" and then remained on a right course - the angels will descend upon them, [saying], "Do not fear and do not grieve but receive good tidings of Paradise, which you were promised.} [Quran 41:30]

Steadfastness Indicates Your Stage
It is well-known that an adolescent always looks for areas of self-assertion and others’ appreciation. His pride in his success boosts his self-confidence and the resultant positive feelings spur him to continue on his road to success. There is no doubt that the adolescent’s firmness on the right course of obeying Allah The Almighty and avoiding sins will give him a feeling of victory and the ability to remain firm, especially in the most difficult and greatest tests of obedience, disobedience, firmness and retreat from the right way.
Experiencing the sweetness of victory and success on the path to Allah The Almighty will not only affect this aspect, but it will affect the whole life of the adolescent and give him an impetus to pursue success.
Beware of Enemies
Young men who try to be firm on the right course after Ramadan should fully realize that the atmosphere after Ramadan is different. During Ramadan the devils are chained, however, after Ramadan they are released; moreover, the closed gates of Hell are opened whereas the open gates of Paradise are closed. Inevitably, you will be ruined if you do not beware of the four enemies. Thus, if you want to remain firm on the right course of obeying Allah The Almighty and avoiding disobedience; you should avoid these four stumbling blocks which prevent most people from achieving an enlightened life. These enemies were created by Allah The Almighty to test His slaves and see which one of them has the best deeds and who will overcome these enemies. Accordingly, they will earn the right to join the caravan of light. This test will also reveal those who will retreat and be captured by those enemies. Hence, they will lose the pleasures of both the worldly life and the Hereafter. Indeed, this is the manifest loss. [Hayaat An-Noor by Fareed Mannaa‘]
First enemy: The Devil
Second enemy: Desires
Third enemy: Worldly life
Fourth enemy: The soul which is a persistent enjoiner of evil
Quick Practical Program
This program includes some acts of worship that everyone of us should be firm in performing after Ramadan in order to able to continue the acts of obedience which were observed in Ramadan.
These acts of worship are as follows:
-      Observe the five daily prayers in the mosque.
Nothing should deter you or make you too busy to observe prayer in congregation. Once the person hears the Athaan (call for prayer), the heart and body should move to the mosque.
-      Perform twelve Rak‘ahs (units of prayer) a day
These are the fixed voluntary prayers to be performed before and after obligatory prayers. Hence, you will have a house built for you in Paradise.
-      Fasting the voluntary night prayers.
One of the favors of Allah The Almighty in Ramadan is the voluntary night prayer. It is the honor of the believers and the means of fashioning true men. We were accustomed to performing these Rak‘ahs during Ramadan, so, why should we ignore them after Ramadan after such a long period of training. Therefore, we ought to observe this prayer – even if it is two Rak‘ahs -- every night. It would be great if it is offered during the last third of night where the Most Merciful Descends[1] to the lowest heaven.
-      Fast Mondays and Thursdays like the Prophet,

.
Fasting has a great impact on increasing faith and protecting man from committing sins. The Prophet,

, said: “Fasting is a shield. The one who fasts, experiences two joys: one when he breaks his fast and one when he meets his Lord. The foul breath of one observing fast is sweeter in the sight of Allah than the fragrance of musk.” [Al-Bukhari]
-      Reading one Juz’ (portion) of the Quran every day will heal the breasts and pump faith into hearts.
Therefore, we need to recite the Quran accompanied by contemplation and meditation. Allah The Almighty Says (what means): {And We send down of the Qur'an that which is healing and mercy for the believer} [Quran 17:82]
As you used to frequently mention the Name of Allah in Ramadan, it is fitting for you to let your tongue frequently mention the Name of Allah.

As you trained in Ramadan to do many deeds of righteousness that fill your heart with emotions, you should continue doing these deeds. You should maintain good ties with your nearest kin, help the poor and the needy, and participate in various activities held by charitable societies and centers.

[1]We believe in the Attributes of Allah The Almighty that occur in the Quran and authentic Hadeeths (narrations) of the Prophet,

, without distorting their wordings or meanings, nor denying, nor asking how, nor drawing resemblance between Allah and any of His creation.