Be Grateful for Witnessing Ramadan 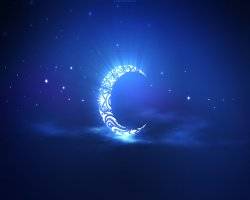 Although the days of one's life pass quickly just as those of Ramadan, one feels this quick passage especially in Ramadan, because its days are very short. The truth is, all of one's days are limited and short even though a person does not feel it.

, who said: "Has he not prayed to Allah six thousand Rak‘ahs? Has he not observed the fast of Ramadan?" Allah The Almighty caused him to survive this year that delayed him from his fellows who fell as martyrs, and because of his prayers and fasting during this year, he rose to a rank higher than that of the martyrs, and became higher in position than those who were martyred in the way of Allah The Almighty, due to his righteous deeds, including, of course, witnessing Ramadan. Let us consider how one should praise his Lord because He has granted him this great opportunity.