Ramadan in the Present and the Past - I 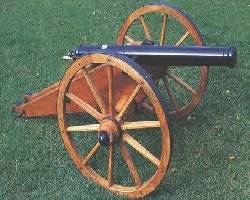 The blessed month of Ramadan is the month in which the Noble Quran was sent down, in which the Muslims worship their Lord with the greatest form of worship and noblest act of obedience: the act of fasting. It is the secret worship about which Allah The Almighty said in a Qudsi Hadeeth (sacred narration): “Every deed of the son of Aadam is for him except fasting; it is for Me and I shall give the reward for it.” [Ahmad]

It is well established that this blessed month has many great virtues that distinguish it from all other months. Therefore, it has a special place and favor in the hearts of Muslims that make them wait for its arrival and prepare to welcome it. Muslims all over the world ask Allah The Almighty to enable them to witness Ramadan and help them to do numerous good deeds such as fasting, standing in prayer at night, giving charity and performing I‘tikaaf (staying in seclusion).
This is the practice of the righteous men and women of this Ummah (nation) in the past and in the present i.e. they rejoice at the arrival of this blessed month. They also hope that Ramadan comes upon them when they are alive so they can draw closer to their Lord and receive the mercy and bounty of Allah The Almighty, seek His forgiveness, repent to Him, asking their Lord The Exalted to save their necks from Hell in this blessed month. Fasting is a protection and shelter from Hell. It was proved that the Messenger of Allah

said:
In Ramadan, they seek the mercy of their Lord and entry to Paradise. It was proved that the Messenger of Allah

also said:
The pious members of this Ummah are the keenest on goodness. Therefore, one can see them before the advent of this blessed month devoting themselves to the recitation and study of the Book of their Lord. They devote themselves fully to it. They fast frequently, such as on the White Days (13,14,15 every lunar month), Mondays and Thursdays , the Day of ‘Arafah, ‘Aashooraa’ and a day before or after it, and increase fasting during the months of Rajab and Sha‘baan. Then Ramadan arrives while they are eager and longing to fast, spending the days of night in Qiyaam, Tahajjud (voluntary night prayers), standing before their Lord for He may forgive them and accept their repentance. They strive against the pleasures of the world and the listlessness and laziness of their souls. They also struggle against its stinginess. Therefore, they give the most precious things they have to their poor brothers so that they may draw near their Great Lord and Master. This is the way of the pious people, following the footsteps of the best of the Messengers

who used to rejoice at the advent of this blessed month, regard it highly and devote a great deal of attention to it. The Prophet

used to devote himself to worshiping his Lord during the nights of this month and to fasting and standing in prayer in its days – especially the last ten days. The righteous people in the past and today do all this hoping to witness the Night of Al-Qadr that is better than a thousand months so that they may be admitted to the mercy and forgiveness of Allah The Almighty.

Ramadan in the Present and the Past - II