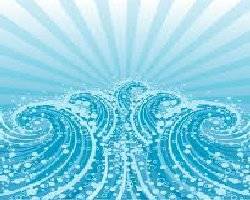 Khadeejah, may Allah be pleased with her, was the first wife of the Prophet,

, the mother of his children, the best of his wives and the first to believe in him. Her name was Umm Hind Khadeejah bint Khuwaylid ibn Asad ibn ‘Abd Al-‘Uzzaa ibn Qusayy may Allah be pleased with her. She was from Banu Asad, a branch of Quraysh, and her mother was Faatimah bint Zaa'idah, from Banu ‘Aamir ibn Lu'ayy, a branch of the Quraysh.

She was born in Makkah, and grew up in a noble home. Her father died during the Al-Fijaar war.
Before marrying the Prophet,

, she was married to two Arab leaders. The first was Abu Haalah ibn Zuraarah ibn An-Nabbaash from Banu Tameem, who was the father of her daughters Hind and Haalah. The second was ‘Ateeq ibn ‘Aa'ith ibn ‘Umar ibn Makhzoom, who was the father of her daughter Hind bint ‘Ateeq.
Khadeejah may Allah be pleased with her, had a successful business and her commercial caravans travelled between Makkah and Madeenah. She would also hire men and give them money to invest it for her in trade. The Prophet,

, was one of those who dealt with her in such a manner. She sent him in the company of her slave Maysarah to Ash-Shaam (greater Syria) on a business trip. When they came back, Maysarah told her about the manners of the Prophet,

, and his honesty and purity. He also told her of the blessings which Allah The Almighty caused to appear at his hands so that her business multiplied in profit. As a result, she wanted to marry him.
Soon afterwards, Hamzah ibn ‘Abd Al-Muttalib, may Allah be pleased with him, met her uncle ‘Amr ibn Asad ibn ‘Abd Al-‘Uzzaa asking for her hand to his nephew Muhammad,

. Their marriage was consummated fifteen years before he was commissioned as a Prophet, when he,

, very much and would do whatever pleased him. She even gave him her servant Zayd ibn Haarithah, may Allah be pleased with him, when she saw his fondness for him.
One of the first examples of her support for the Prophet,

, was when he saw Jibreel (Gabriel), may Allah exalt his mention, for the first time. He was terrified and went to Khadeejah, may Allah be pleased with her, and said: "Cover me! Cover me!" When his fear had subsided, he said:"I feared that something terrible would happen to me."Khadeejah, may Allah be pleased with her, replied, "Never! By Allah, Allah will never fail you. You maintain the ties of kinship, you speak the truth, you help the poor and the destitute, you serve your guests generously, and you assist those who are afflicted with misfortune." [Al-Bukhari]
She then took him to her cousin, Waraqah ibn Nawfal, who assured him that Allah The Almighty had chosen him to be the final of the Messengers.
She did not hesitate for a moment to accept his Da‘wah (call), thus becoming the first person to have faith in and believe in him. She supported him in the course of his Da‘wah and consequently, the Prophet,

, gave her the glad tidings of a house in Paradise built of pearls wherein there will be neither noise nor fatigue. [Al-Bukhari and Muslim]
As a sign of his gratitude to her, the Prophet,

, never married another wife during her lifetime. When she died, he grieved greatly for her. He would mention her name frequently and compliment her generously, saying: "I have been endowed with her love."[Muslim]
The Prophet,

, was very faithful to her to the extent that he would be extremely generous and kind to her friends, even after her death.
He,

, to the heavens, at sixty five years of age. She was buried in Al-Hajoon, leaving behind a great legacy and an eventful life which history could never forget. 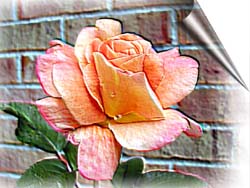 The fifth year of Hijrah (the Migration of Prophet Muhammad sallallaahu alayhi wa sallam from Makkah to Al-Madeenah) was a year rich in major events. During its second half, the Muslims were busy fighting...More