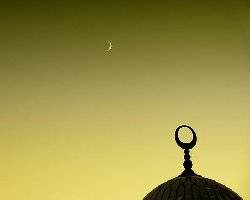 As for whispers in Ramadan, scholars said that there are different kinds of whispers, some of which are pathological whispers (compulsive), whispers of the inner self, and devilish whispers.

Pathological whispers are compulsive obsessions that a person cannot ward off completely, until he/she receives the due treatment.
Whispers of the inner self are inner obsessive thoughts. Shaykhul-Islam Ibn Taymiyyah

said, "Souls also whisper to man, inciting him to commit sins.” Allah The Exalted Says (what means): {And We have already created man and know what his soul whispers to him, and We are closer to him than [his] jugular vein.} [Quran 50:16]

Devilish whispers are from the devil, whether the devil is inside or outside the person’s body. This issue is a subject of confusion for some people. How can the devils whisper to man during the month of Ramadan, while they are shackled?

The answer to this question is that chaining the devils does not prevent them from whispering to humankind. The shackled devils can still whisper to people. Shaykh Abu Al-Hasan Al-Qaabisi

was asked about the meaning of the words of the Prophet

when he said: “The devils are chained up in Ramadan.” He replied, “The devils may still whisper to people even if they are shackled.”

As for the convulsions that some may experience due to being possessed by the Jinn, there are two ways in which Jinn overpower or defeat a human being: it may be out of strength or out of weakness.

1- The Jinn, possessing a human being, overpowers or defeats a human being by tempting him to commit sins, abstain from doing righteous deeds, renouncing self-reproach, and yielding to his quick-temper. In this case, the Jinn is more powerful than the possessed person and becomes able to overpower and defeat him.

Another point that should be mentioned in this regard is that shackling the devils does not prevent them from harming people.

stated that the devils are shackled, yet they can still harm people."

However, fasting weakens the effects of the devil’s whispers on a person. Accordingly, the devil becomes unable to incite people and harm them, especially in Ramadan, the way it can at others times. Therefore, a fasting person should make full use of the weakness of the devils during fasting. He should also take advantage of his strength, energy, and the revival of faith, which he experiences in order to conquer the devil, warding off its perils, overcoming [spiritual] diseases and wiping away other psychological and marital problems incurred by the devil’s evil plots and power.

People should be encouraged and motivated to recite the Noble Quran more frequently in the month of Ramadan. For instance, people could organize competitions among individuals, families and neighbourhoods for the recitation of the Noble Quran observing the rules of Tajweed (science of reciting the Quran) or memorizing the first or the second chapter of the Quran. Benefactors and charitable people could sponsor such competitions in order to offer valuable prizes for the winners on the night or the day of ‘Eed. Perhaps this would help putting an end to the state of apathy and laziness that many Muslims experience after two or three days of the beginning of Ramadan.