The Month of Repentance - I 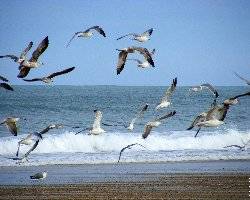 The month of Ramadan is a great opportunity for returning to Allah The Almighty with repentance. It is the month of mercy, erasing mistakes, expiating evil deeds, salvation from Hellfire and attaining Paradise. The fortunate person is he who knows this and hastens to the actions that draw him near to His Lord by turning to Him in repentance, seeking forgiveness and feeling regret for all his slips and sins.

, said: “May his nose be rubbed in the dust, a man for whom Ramadan comes and then goes before he is forgiven!” [At-Tirmithi; Al-Albaani: Saheeh]
Why do we not repent while Allah The Almighty stretches out His Hand to the seeker of repentance and opens the door of His repentance to those who feel regret (for their sins)? It was narrated on the authority of Abu Moosa Al-Ash‘ari

, said: “Allah The Almighty says: ‘My slaves, you commit sins by day and by night, and I forgive all sins, so seek forgiveness from Me and I shall forgive you.’” [Muslim]
Remember that the Mercy of Allah The Almighty encompasses all things. Is not He The Exalted, the One who opens the door of repentance before the hypocrites?  He The Exalted Says (what means): {Indeed, the hypocrites will be in the lowest depths of the Fire - and never will you find for them a helper. Except for those who repent, correct themselves, hold fast to Allah, and are sincere in their religion for Allah , for those will be with the believers. And Allah is going to give the believers a great reward.} [Quran 4: 145-146]
Allah The Exalted did not exclude the Jews and the Christians, who insulted and slandered Him and says (on their behalf, what means): {And the Jews say, "The hand of Allah is chained." Chained are their hands, and cursed are they for what they say. Rather, both His hands are extended.} [Quran 4: 64]
Allah The Exalted does not exclude them from His mercy that encompasses all things. He The Exalted Says (what means): {So will they not repent to Allah and seek His forgiveness? And Allah is Forgiving and Merciful.}[Quran 5: 74]
He The Exalted Says about the non-Muslims (what means): {But if they repent, establish prayer, and give Zakah, then they are your brothers in religion; and We detail the verses for a people who know.} [Quran 9: 11]
Is not He The Exalted, the One who calls those who have transgressed against themselves of the nation of Muhammad,

, to humble themselves and repent to Him saying (what means): {Say, "O My servants who have transgressed against themselves [by sinning], do not despair of the mercy of Allah. Indeed, Allah forgives all sins. Indeed, it is He who is the Forgiving, the Merciful."} [Quran 39: 53] And He called the people of Imaan (faith) to make repentance; He The Exalted Says (what means): {O you who have believed, repent to Allah with sincere repentance. Perhaps your Lord will remove from you your misdeeds and admit you into gardens beneath which rivers flow. } [Quran 66: 8]