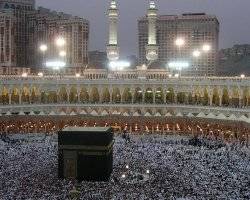 said, “I recommend people to be excessively generous in the month of Ramadan, following the example of the Messenger of Allah

. Furthermore, people have a need for such charity since many of them are too busy with fasting and praying to earn their livelihood in that month.”

Abu Bakr ibn Abi Maryam narrated that his Shaykhs (teachers) used to say, “When the month of Ramadan begins, spend generously for the virtue of spending is multiplied in it in much the same way as the spending in the cause of Allah The Almighty; and glorifying Allah The Almighty once in it is better than a thousand times in other months.”
Zayd ibn Khaalid, may Allah be pleased with him, narrated that the Prophet,

, said:“Whoever gives food to a fasting person to break his fast will have a reward like his, without that detracting from the reward of the one who fasted.”[Ahmad and others]
Once, one of our righteous predecessors was asked about the wisdom behind legislating fasting, and he replied, “It is to make the rich taste hunger so that he does not forget the one who is hungry.”
Ibn Rajab

said, “Whoever cannot reach the rank of giving preference to others over himself, he should not fail to reach the rank of those who give comfort or sympathy.”
Ibn ‘Umar, may Allah be pleased with them, used to fast and never break his fast except with the poor. If his wife prevented him from doing that, he would not have dinner that night.
One of the righteous people liked to eat a specific kind of food while he was fasting. However, when it (this food) was placed before him at the time of breaking his fast, he heard someone saying, “Who will lend to the King, the most Sincere, the ever Rich?” He said, “His slave who is devoid of rewards.” So he got up, took the plate and gave it to him and slept on an empty stomach.
A poor man came to Imaam Ahmad

and asked for something, so he gave him two loaves which he prepared for breaking his fast. Then he slept while he was hungry and woke up fasting.
Performing ‘Umrah (minor pilgrimage) in Ramadan also has special merit; it was narrated by Al-Bukhari and Muslim that Ibn ‘Abbaas, may Allah be pleased with them, said, “The Messenger of Allah

asked an Ansaari woman: “What prevented you from performing Hajj with us?” She replied, 'We have a camel and the father of so-and-so and his son (referring to her husband and son) rode it and left one camel for us to use for irrigation.' He

said (to her):“Perform ‘Umrah when Ramadan comes, for ‘Umrah in Ramadan is equal to Hajj (in reward),”or said something similar.”
We have to learn from this month to have patience in abstaining from matters prohibited by Allah The Almighty such as backbiting, ill speech, evil deeds, hearing and looking at evil. The Messenger of Allah,

, said: “Whoever does not give up false speech and false conduct and acting upon intolerance, Allah is not in need of his leaving his food and drink (i.e. Allah will not accept his fasting.).” [Al-Bukhari]
Actually, the true meaning of fasting is not merely to abstain from eating and drinking but it is a school where the soul learns to stay away from lawful things, until one get used to doing so. Thus, staying away from evils and sins would be much easier to handle. There is a well-known saying that reads, “Fasting is not to abstain from eating and drinking but it is to abstain from ill and obscene speech.” Al-Haafith Abu Moosa Al-Madeeni said: It (this Hadeeth) meets the conditions set by Imaam Muslim.
Some of our pious predecessors said, “The easiest form of fasting is to abstain from drinking and eating.”
Jaabir

said, “If you fast, then let your ears, eyes and tongue abstain from lying and all other evil matters.”
Ibn Rajab

said, “The secret behind this is that seeking the pleasure of Allah The Almighty through abstaining from lawful things cannot be perfected except by seeking His pleasure through abstaining from prohibited things. Therefore, it was mentioned and Allah knows best in the Noble Quran the prohibition of eating up one another's property unjustly (in any illegal way, e.g., stealing, robbing, deceiving) after mentioning the prohibition of drinking and eating for the fasting person during the day in Ramadan.”
Showing patience while abstaining from certain physical needs, such as drinking, eating, sexual intercourse and other things, during the days of Ramadan and throughout the whole month, will cultivate patience in you – the patience needed to abstain from what Allah The Almighty has prohibited and to remain obedient to Him throughout your life.
Additionally, once we learn patience concerning fulfilling the orders of Allah The Almighty from that month and patience concerning abstaining from what Allah The Almighty has prohibited, we will attain piety that Allah The Almighty wanted for us from ordaining fasting for us. Allah The Almighty Says (what means): {O you who have believed, decreed upon you is fasting as it was decreed upon those before you that you may become righteous.} [Quran 2: 183]
Therefore, the issue of fasting is not concerning merely hunger or thirst; rather, it is a training course for performing the acts of worship and fulfilling the commands of Allah The Almighty.
The injunction of hastening in breaking the fast and delaying the Suhoor (pre-dawn meal) and encouraging others in doing so is indeed a reminder for the one who has a sound heart and is heedful. Imaam Ahmad

narrated from Abu Tharr, may Allah be pleased with him, that the Messenger of Allah,

, said: “My nation will always retain goodness as long as they hasten in breaking the fast and delay the Suhoor.”