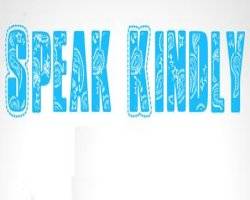 The blessed month of Ramadan is the month of generosity, charity and competing in doing good deeds whether verbal or practical. Among the verbal good deeds is speaking kind words that do not harm. It is known that the words uttered by man are recorded and preserved in a book; My Lord neither errs nor forgets. This fact was stated in the Quran in the context of many situations and verses so that man may take himself to account and be mindful of his tongue. Allah The Exalted Says (what means):

• {Or do they think that We hear not their secrets and their private conversations? Yes, [We do], and Our messengers are with them recording.} [Quran 43:80]

There are many verses in this respect and the purpose is to make the slave realize that all that he utters is recorded – either for or against him. If he adheres to good words in all his conditions, nothing will be recorded in his book except goodness that pleases him on the Day of Resurrection and vice versa.

This is in compliance with the order of Allah The Almighty, Who Orders His slaves to select the best expressions and the most beautiful words as He Says (what means): {And speak to people good [words]} [Quran 2: 83], i.e. when you speak to one another in order to spread affinity, affection and the spirit of brotherhood and to remove the reasons of abandonment, severance and enmity. Yahya ibn Mu‘aath Ar-Raazi

Allah The Exalted Says (what means): {And tell My servants to say that which is best. Indeed, Satan induces [dissension] among them. Indeed Satan is ever, to mankind, a clear enemy.} [Quran 17:53] The prominent scholar ‘Abdul-Rahmaan ibn Naasir As-Sa‘di

said, "It is from the Kindness of Allah to His slaves that He ordered them to adhere to the best morals, deeds and words that bring about happiness in the life of this world and in the Hereafter. Allah The Almighty Says (what means): {tell My servants to say that which is best.} [Quran 17:53] This order encompasses all that may bring one closer to Allah The Almighty such as reciting the Quran, remembrance of Him, seeking and disseminating knowledge, enjoining good, forbidding evil and good gentle words to all creatures regardless of their different levels and ranks. If one is to choose between two matters, Allah The Almighty commands us to prefer the one that is the better of the two if it is difficult to combine both.

Good words call to good morals and righteous deeds. He who is able to control his tongue is able to control all his affairs.
{Indeed, Satan induces [dissension] among them} means that Satan endeavors among slaves to corrupt their religion and life. The only cure is not to obey him in speaking bad words that he calls them to and to soften their relations in order to suppress Satan, who induces dissension among them. He is their real enemy whom they should fight; he constantly calls on them {to be among the companions of the Blaze.} [Quran 35:6]

Regarding their fellow Muslims, even if Satan induces dissension and seeks to spread enmity among them, they should strictly and firmly combat their enemy and suppress their souls that persistently enjoin evil through which Satan enters. In this way, they obey their Lord, their lives become upright and they are guided to the straight path." [Tafseer As-Sa‘di]