How Do You Face Good and Bad Times? 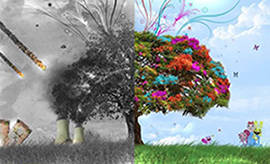 The more one ponders over the apparent and hidden favours from Allah The Almighty upon him, the more he will realise that his Lord has granted him abundant blessings and protected him from a number of evils; this will certainly remove grief and anxiety and bring happiness and contentment.Thus, take heed of the advice of the Prophet

when he said: “Look to those who are lower than you (i.e., those who possess less than you) and do not look to those higher than you; this will make you appreciate the bounties of Allah upon you.” [Al-Bukhari and Muslim]

Such people get the support and assistance of Allah The Almighty which makes fear vanish, as Allah The Almighty Says (what means): {“Be patient. Surely, Allah is with those who are the patient.”} [Quran 8: 46]
The virtuous and the sinful, and the believer and the disbeliever are the same when it comes to conditioning oneself to becoming brave, which is the natural ability to calm oneself during moments of terror. Due to the believer's strong faith, perseverance and reliance on Allah The Almighty, he emerges stronger than others in difficult situations and this reduces his fear and anxiety and ultimately makes matters easy for him. As Allah The Almighty Says (what means): {“And don't be weak in the pursuit of the enemy; if you are suffering (hardships) then surely, they (too) are suffering (hardships) as you are suffering, but you have a hope from Allah (for the reward, i.e. Paradise) that for which they hope not}.” [Quran, 4: 104]
However, the one who is devoid of strong faith will be the opposite; he becomes anxious, nervous, confused and full of fear; indeed his anxiety and paranoia team up against him. If this type of person does not possess the worldly means to tackle his fear and affliction, then he will collapse because he does not possess the faith which would enable him to persevere during tough times.
Another example of this is when certain frightening or disturbing events occur, such as emergencies or accidents. One finds that a person with sound faith is calm, steadfast, and able to cope with the situation and handle the hardship he is going through; such a person has conditioned himself to receiving such afflictions and this makes his heart stronger and more steadfast, which gives him tranquillity.
These examples show the great difference between a person who has strong belief and acts accordingly, and another who is not at this level of faith. Due to the strong belief of the true believer and his contentment with whatever Allah The Almighty has decreed, if he is afflicted with sickness, poverty or any other affliction, he is tranquil and content and has no desire for anything which has not been decreed for him. Instead, he looks at those less fortunate than him rather than those who are more fortunate and by doing so he becomes happier, even more than one who is discontent despite possessing all the riches of this world.
Many people receive affliction with fear, discontent, sorrow and despair; their life becomes miserable, they panic and become short tempered. Such a person fails to think about the reward that he should be hoping for, nor does he exercise patience that would bring about contentment and thus make life easier for him.
There can be several reasons for this state of mind: the fear of losing the things one desires and cherishes or the greed to acquire more of the same, because man will never reach a point where he is fully satisfied in life.
Different people can have completely different reactions when something good or bad befalls them, and their reactions depend on the strength of their belief and the extent of their righteous actions. One person may receive goodness with gratitude and evil with perseverance, which brings him peace of mind and happiness, causing his grief, anxiety and misery to disappear. Thus, this becomes a cause of positivity in his life. The second person receives goodness with arrogance and transgression; his manners degenerate and become evil; he receives this goodness and utilises it in an unthinking manner; it does not give him any peace of mind and his mind is always restless and agitated.
The Prophet

said: “How wonderful is the affair of the believer! All of his affairs are good and this is the case for nobody except a believer. If he is blessed with prosperity he thanks (Allah) and that is good for him; and if he is afflicted with adversity he perseveres and that is also good for him.” [Muslim] 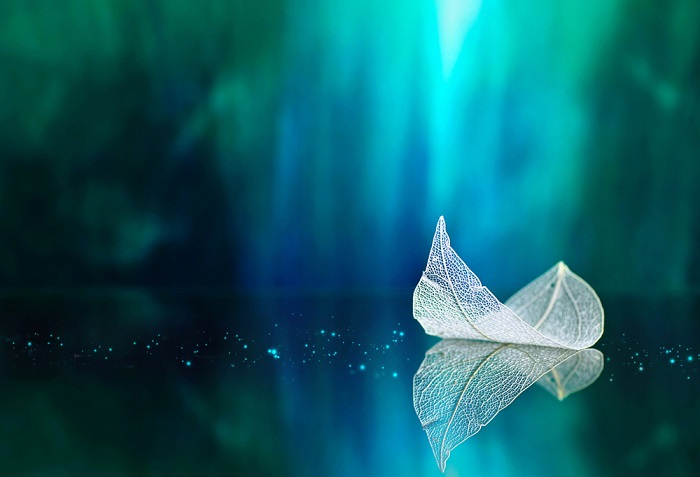