The essential pillars of marital life 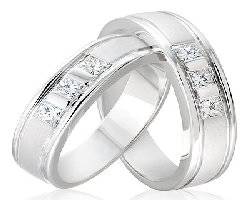 Marital happiness is a dream that all husbands and wives have had since the beginning of time and many spouses are still trying to fulfill this dream through all possible means. Nevertheless, being away from the true teachings of Islam and sound prophetic guidance has led them to confusion between the different means: Western and Eastern. However, when one returns to the Sunnah (tradition) of the Prophet

he will inevitably reach his goal. Allah The Almighty has granted success to one of the callers to Allah to compile the pillars of the marital life, which are:

First: good intention
This means that the spouses should begin their marital life with a sincere intention to obtain the pleasure of Allah The Almighty. This would be displayed in the following matters:
1 – Maintaining ones' chastity, guarding the private parts against committing sin, lowering the gaze and fulfilling each spouse's responsibility towards the other.
2 – Establishing the Muslim home in concordance with the methodology of Allah The Almighty.
3 – Producing righteous offspring who affirm that there is nothing worthy of worship except Allah and who worship Him as He should be worshipped.
Second: Cooperation with one another in obeying Allah The Almighty.
Third: Establishing a Muslim home and family.
Fourth: Building the marital relationship on love, mercy and kind association.
Before talking about marital happiness, there is a set of rules that a wife should comprehend and be fully aware of:
First: a human being has three levels
This is specific to mental and cognitive aspects.
Second: a woman must distinguish between two things
i) This is specific to the basic instincts and desires (the abdomen and sexual organs).
ii) Good association (affection and mercy), and this also has its components.
Satisfying the husband's needs according to his age as well as his economic status are components of stability. The woman should know the man's needs and the manner in which he thinks.
A righteous woman can achieve her husband's essential needs in terms of security and efficiency, as stated in Maslow's hierarchy of needs. This includes the basic needs:
Through maintaining his wealth and honor, in addition to patience, chastity, and so on.
Through satisfying basic needs, sexual desires etc.
He is looking for a loving wife and a friend. Add-ons
Third: a pious woman never asks until she gives
Such a woman gives first and then asks. A Bedouin woman offered her daughter the following advice on her wedding day, "Be an earth for him and he will be your sky; be a bondmaid for him and he will be your slave."
This is an indispensable introduction that should be known before discussing marital happiness and its components in detail.
Fourth: Sufficiency, this is specific to feelings and emotions (heart and sentiments)
Fifth: Security, the stability of the home, and this has its components
i) - The lower level
ii) - The middle level
iii) - The highest level
Fifth: Forgiveness and pardoning.
Sixth: Calmness at times of anger.