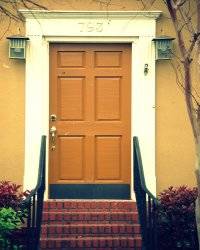 “Choose your neighbor before choosing your residence,” is a widespread Arabic proverb that means that it is according to the value and merit of the neighbor that the price of the residence should be estimated. A good neighbor is a source of happiness.

The Virtue of Being Kind to one’s Neighbor in Islam
Islam considers the rights of the neighbor to be extremely important. The angel Jibreel (Gabriel), may Allah exalt his mention, continued to urge the Prophet,

, to treat neighbors with kindness until he thought that the Sharee'ah would assign him a share of his neighbor's inheritance. The Prophet,

, said: “Jibreel kept on recommending me to treat neighbors kindly and politely so that I thought that Allah would order [me] to make them [my] heirs.”The Quran recommends treating neighbors kindly. Allah The Almighty Says (what means): {Worship Allah and associate nothing with Him, and to parents do good, and to relatives, orphans, the needy, the near neighbor, the neighbor farther away, the companion at your side…} [Quran 4:36] Look how the Prophet,

, exhorted Muslims to be good to their neighbors and to honor them when he said: “… and whoever believes in Allah and the Last Day, should serve his neighbor generously.” The narration of Muslim

states: “Should be good to his neighbor.”
The matter reached the degree that loving goodness for one’s neighbor is considered a part of faith under the Sharee'ah. The Prophet,

said: “The best companion in the sight of Allah is the one who is best to his companion, and the best neighbor in the sight of Allah is the one who is the best to his neighbor.”
Who is the Neighbor?
The neighbor is the person who lives near one, regardless of whether he is a Muslim or a non-Muslim. Scholars have different opinions regarding the boundaries to which one is considered a neighbor. The closest opinion to the truth is that they are determined according to what people are accustomed to regarding such a limit, and Allah Knows best. The degrees of neighbors vary: there is the Muslim neighbor who is a relative, the Muslim neighbor who is not, the disbeliever who is a relative, and a disbelieving neighbor who is not. All these types of neighbors share many rights while some of them are distinguished with additional rights according to their state and degree.
Some Forms of Neighborliness
Some people think that the neighbor is only the one who lives near your residence. Undoubtedly, this is one of the commonest forms; however, there are other forms that are included in the concept of neighborliness. There is the neighbor at work, in the market, on the farm, in the classroom, and many others.
Some Rights of the Neighbor
There is no doubt that the neighbor has many rights of which we will mention some, the most important of which, are:
1-    Returning his greetings and accepting his invitations: although this is a general right for all Muslims, it is even more important with regards to neighbors, as it has a good effect in spreading amiability and affection.
2-    Refraining from harming him: in fact, this is one of the greatest rights of neighbors. Harming anyone, in general, is unlawful; however, this ruling is intensified if the harm befalls the neighbor. The Prophet,

, strictly warned, in various ways, about harming the neighbor. The Prophet,

said: “There is no good in her; she is in Hell.” The Prophet,

, also said: “He does not enter Paradise whose neighbor is not secure from his evil.”
A man came to the Prophet,

, complaining about the harm of his neighbor. The Prophet,

, said to him: “Put your belongings in the road.” The man did so, and whenever people passed by him and asked him why he had done so, and came to know about how his neighbor was harming him, they cursed this neighbor. Then, the bad neighbor came to the Messenger of Allah,

, complaining about the people cursing him. The Messenger of Allah,

, said: “Allah has cursed you before the people did.”
3-    Bearing the harm of the neighbor, which is a trait of noble, chivalrous people and those of high aspiration. This is because many people can refrain from harming others, but bearing their harm with patience while seeking the reward of Allah is of a higher degree, as Allah The Almighty Says (what means):
·        {Repel, by [means of] what is best, [their] evil.}[Quran 23:96]
·        {And whoever is patient and forgives - indeed, that is of the matters [requiring] determination.} [Quran 42:43]
Al-Hasan

, said: “He who spends the night satiated while knowing that his next door neighbor is hungry does not truly believe in me.” The righteous predecessors would check upon their neighbors and make efforts to fulfill their needs. Sometimes a Companion of the Prophet,

, “I have two neighbors, to which of them should I offer a gift?''He replied:“To the one whose door is nearer to you.”
5-    Concealing his secrets and guarding his honor: this is one of the most sacred of rights. Due to living in the same neighborhood, the neighbor may know some secret matters of his neighbor; he should accustom himself to concealing these secrets with the intention that if he does so Allah The Almighty would conceal his secrets in the worldly life and the Hereafter. However, if he reveals such matters, then, he is subjecting himself to be repaid with the same kind of treatment. Allah The Almighty Says (what means): {And your Lord is not ever unjust to [His] servants.}[Quran 41:46] In the pre-Islamic era, the Arabs would boast about guarding their neighbors’ honor. ‘Antarah said: “I lower my gaze if my [female] neighbor comes out until she returns into her dwelling.” There was a Muslim poet who said, “My [female]neighbor is not harmed if I am her neighbor and her house has no curtains, as I behave as if I am blind when she comes out until the shelter conceals her.”
Finally, we should be aware that happiness, unity and the spread of love among the members of a society cannot be accomplished without observing these rights and others which are brought by the Sharee’ah. The reality of many people proves that these rights are being neglected, to the extent that they may not know the name of their next door neighbor. Some people usurp the rights of their neighbors and may even betray their neighbors and trifle with their honor and the honor of their women. This is surely the gravest of the grave major sins. The Prophet,

, was asked: “What is the greatest sin?” In his answer he mentioned: “To commit adultery with your neighbor’s wife.”
We supplicate to Allah The Almighty to help us and all Muslims to observe the rights of our neighbors.
[1]   We believe in and affirm the attributes of Allah that occur in the Quran and authentic Hadeeths of the Prophet,

, without distorting their wordings or meanings, nor denying them, nor asking how they are, nor drawing resemblance between Allah and any of His creation.