Asking Allah to Hasten One’s Punishment in this Life 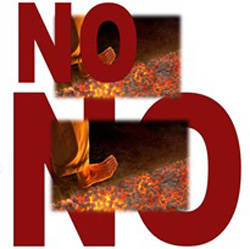 Asalam Alaikum. I wouuld like to know whether it is halal or haram to ask Allah (swt) to be punished in this life (on earth) rather than the hereafter (judgement day). In addition, by punishment i mean whether you can ask Allah to make you suffer through a certain diease or etc. Thi question has been lingering in my mind for a couple of years and i would like to know your opinion.

forbade us to supplicate with what you mentioned in the question. Anas, may Allah be pleased with him, narrated that the Prophet

visited a person from amongst the Muslims who had grown feeble like a chicken (because of his illness). The Prophet

asked him: “Did you supplicate for anything or beg Allah about that?” He said: “Yes. I used to utter (these words): “O Allah inflict upon me the punishment in this world that you would punish me with in the Hereafter.” Thereupon the Prophet

supplicated for him and Allah cured him.” [Muslim, Ahmad and At-Tirmithi]

said in his commentary on this Hadeeth reported by Muslim: “This Hadeeth is evidence that it is prohibited to ask that one's punishment be hastened…”

Besides, a person's supplicating to Allah to inflict him/her with a disease is contrary to the order of the Prophet

Therefore, dear sister, you should avoid supplicating for hastening the punishment (for your sins), and instead supplicate Allah for good health as His Mercy encompasses your sins and the sins of all the creation.