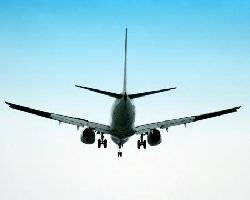 How strong is your belief, Muslim sister, in the Hadeeth (narration) wherein the Prophet,

, said: “Let no woman travel except with a Mahram (non-marriageable men).”? [Ahmad and Al-Bayhaqi: Authentic chain of narrators]

Chaste sister, do not be deceived by some strange indulgent opinions that are not founded on evidence, like the opinion that permits the woman to travel with a trustworthy group of women. This is because the Sharee‘ah (Islamic legislation) ruling cannot be taken from reason-based opinions whose holders have been influenced by the pressure of reality and a multitude of personal inclinations, so they were keen on producing juristic rulings that suit people’s dispositions even if these rulings oppose evidence. Thus, Sharee‘ah rulings cannot be taken from such points of view.
This matter is related to religion and religion is the greatest and the most precious thing that the Muslim owns. Hence, religion should not be taken from the people who have methodologies that think of facilitation in the saying of the Prophet,

: “Make things easy, and do not make things difficult.” as indicating compliance with weak statements and irregular opinions. These people will not remove the sin from you when you follow their opinions.
As a Muslim, however, you should hold firmly to the Quran and the Sunnah (tradition) in matters like this one, even if you behave against your desires, so as to maintain the integrity of your religious commitment. The Prophet,

, exempted a man from performing Jihaad (armed struggle) in the cause of Allah The Almighty to allow him to travel with his wife to perform Hajj. If it had been permissible for the woman to travel, unaccompanied by a Mahram, with other women, then the Prophet,

, would have granted her a concession to do so. Ibn ‘Abbaas, may Allah be pleased with him, was reported to have heard the Prophet,

, delivering a Khutbah (sermon) saying: “‘No man should be alone with a woman unless her Mahram is present, and no woman should travel unless she has a Mahram with her.’ A man stood up and said, ‘O Messenger of Allah, my wife has set out for Hajj, and I have enlisted for such-and-such battle.’ He said: ‘Go and perform Hajj with your wife.’” [Al-Bukhari and Muslim]
Since this man was exempted from performing Jihaad to travel with his wife to perform Hajj, how could the Muslim woman allow herself to travel unaccompanied by a Mahram without a reason or even for a trivial reason? Since the Sharee‘ah has forbidden Muslim women from traveling to do an act of obedience such as Hajj without a Mahram, how could she be allowed to travel on a picnic or a visit or for other general purposes? It was narrated on the authority of Ibn ‘Abbaas, may Allah be pleased with him, that the Prophet,

, said: “Let no woman perform Hajj unless her husband is with her.” [Ad-Daaraqutni] [Abu ‘Awaanah: Saheeh]
In short, one’s attitude confirms the deeds of the heart. No one can differentiate between their attitude and what is concealed in the heart. Hence, the Prophet,