Safwaan ibn Umayyah, one of the chiefs of Makkah, was a great enemy of Islam and the Prophet,

. He conspired with ‘Umayr ibn Wahb to assassinate the Prophet,

. Instead of carrying out the plan, ‘Umayr embraced Islam in Madeenah. When Makkah was conquered, Safwaan fled to Jeddah, intending to travel to Yemen by sea. ‘Umayr ibn Wahb, may Allah be pleased with him, came to the Prophet,

, and said, “O Messenger of Allah! Safwaan ibn Umayyah, a chief of his tribe, has run away for fear of what you might do to him and threatens to cast himself into the sea.” The Prophet,

, sent his own turban to Safwaan as a guarantee that he would not be harmed. When he returned, he requested the Prophet,

, to give him the option of two months to decide. He was given four months, after which he embraced Islam by his own will.

Another enemy of Islam was Habbar ibn Al-Aswad, who mistreated the Muslims while they were in Makkah, and who inflicted a serious injury on Zaynab, the daughter of the Prophet,

, when she was on her way to Madeenah. She was pregnant at the time, and the polytheists of Makkah tried to prevent her from leaving. Habbar ibn Al-Aswad physically assaulted her and purposely caused her to fall from her camel. She miscarried and was badly injured. Later, he wanted run away to Persia, but when he changed his mind and came to the Prophet,

, the latter forgave him.
‘Ikrimah, may Allah be pleased with him, was the son of Abu Jahl, who one of the most malevolent enemies of Islam and its Prophet,

. ‘Ikrimah fled to Yemen after the Conquest of Makkah. After his wife embraced Islam, she brought him to the Prophet,

, under her protection. He,

, was so pleased to see ‘Ikrimah, may Allah be pleased with him, that he greeted him saying: “O emigrant rider, welcome.”
There is another instance where the Prophet,

, forgave his enemies after the Conquest of Makkah. The night before the conquest, Abu Sufyaan, may Allah be pleased with him, accepted Islam, fearing the vengeance of the Prophet,

. The latter forgave him, never bearing a grudge against him for past injuries and enmity. Abu Sufyaan’s wife, Hind, had commissioned her Abyssinian slave Wahshi to kill Hamzah, may Allah be pleased with him, the beloved uncle of the Prophet,

, on the day of the battle of Uhud. After the battle, she had horribly mutilated Hamzah’s body, may Allah be pleased with him. However, when she came to the Prophet,

, to accept Islam, he did not rebuke or punish her.
The Quraysh themselves were previously the greatest enemies of Islam. At the beginning of his mission, the Prophet,

, had much to endure from them, in the way of abuse, mistreatment, torture and humiliation. They even conspired to have him killed so as to stop his message from spreading further. Even when the Prophet,

, emigrated to Madeenah, he was not left alone; many fierce battles were waged between the polytheists and the Muslims. Yet, on the day of his victorious conquest of Makkah, the Prophet,

, did not take revenge on anyone. He,

, said to the Quraysh: “O people of Quraysh! What do you think I will do to you?”They replied hesitantly, “You will do good. You are a noble brother, son of a noble brother.” Here, the Prophet,

, said: “Then I say to you what Yoosuf (Joseph) said to his brothers: ‘There is no blame upon you.’ Go! For you all free!”
Such forgiveness rarely has any parallel in the history of humankind. Our Prophet Muhammad,

, was the epitome of forbearance and kindness, at a time when he could easily have taken revenge on his former oppressors. Allah The Almighty Says in the Quran (what means): {Keep to forgiveness (O Muhammad

, was certainly sent as a mercy for all of humanity.

Sent As A Mercy 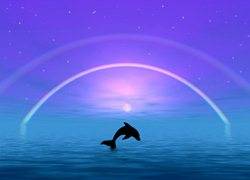 One's death will only take place at its predestined location: By believing in this fact, the believer has relieved himself from the fear of death. There are people who attempt to prepare for their deaths...More