Impact on Character - From Wickedness to Righteousness – II 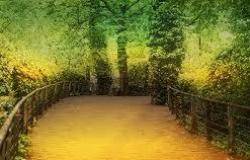 The moment 'Umair, may Allah be pleased with him, embraced Islam, all was forgiven: his crimes against Islam and Muslims, his hatred for them, and his resolve to assassinate the Prophet,

. In a single moment, 'Umair ibn Wahb, may Allah be pleased with him, chose to join the numbers of the Muslims and became one of the Companions of the Prophet,

, and said, "O Prophet of Allah, I had been doing my best to put out the light of Allah and was fond of hurting the Muslims. I would like you to give me permission to go to Makkah to call them to Allah, His Prophet and to Islam. Allah may guide them; otherwise, I will hurt them in their religion as I used to hurt your companions in their religion."

Ever since 'Umair, may Allah be pleased with him, left Makkah for Madeenah, Safwaan ibn Umayyah, who had conspired with him to assassinate the Messenger of Allah,

, was hard put to conceal his glee and excitement. Whenever he entered clubs and places where people would gather, Safwaan would tell everyone that, after a few days, glad tidings would come that would make them forget their losses in Badr. He asked every arriving caravan breathlessly whether they brought news from Madeenah, and was always disappointed when they did not. This continued until one day, he asked a traveler, "Has something not taken place in Madeenah?" The traveler replied, "Yes, a very important matter occurred." Safwaan could hardly contain his delight as he inquired, "What happened? Tell me!" The man said, "'Umair ibn Wahb has embraced Islam, and he is there learning the religion and the Quran!"

, through battles and difficulties, never wavering in his loyalty and perseverance.

Impact on Character - From Wickedness to Righteousness – I

Impact on Character - From Wickedness to Righteousness – III 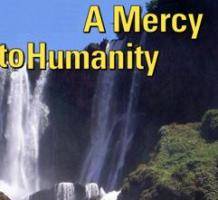