Assassination of the Woman’s Personality 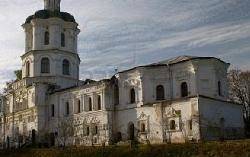 Woman suffered many woes for centuries because of the statements of Paul and those like him. The men of this religion who are attributed to Christ considered that, "The woman is filth which should be avoided, and her beauty is the weapon of Satan.” The Popes were eager to confirm that woman was the source of evil and sin in this world. For this reason, she should be oppressed as much as possible and psychologically consumed under the pressure of the feelings of disgrace and the shame of her human nature and entity.

, was a young man, to discuss whether the woman was to be regarded as a human or non-human being, whether or not she had a soul, and if she did have a soul, was it human or animal, and if it was human, was it equal to or less than that of the man. Their final resolution was that she was a human being, but was created only to serve man.
The woman is legally incompetent
According to French Post-Revolutionary Civil Law, a minor was a child, or an insane person, or a woman. It remained so until it was modified in 1938 CE, and it still has many restrictions on how the married woman should behave.
Hence, she had no right to possess any fixed estates or movable assets, nor to open a bank account in her name, and even after she was allowed to open a bank account in her name, she had no right to withdraw money from it by herself; rather, her husband had to come to withdraw money for her from her account, just like what is done with minor children and the insane.
Selling or lending the wife is legitimate
Until the end of the 10th century CE, there was in Britain a common law that gave the husband the right to sell or lend his wife, or even kill her if she had an incurable disease. If one knows that a farmer would refuse to lend his cow to a friend, then what would he think about the one who lends his wife to another man? Was the woman regarded as so insignificant in their sight to the extent that they made her inferior to an animal? Was the law intended to convert the man into a cuckold and the woman into a prostitute? Did this law show respect for the woman? Did this law give woman superiority to an animal or even a non-being? What kind of life was this law seeking for its society and what kind of love did the church find in that law?
Pouring boiling oil over the bodies of women just for entertainment was legitimate
In 1500 CE, a social council was formed in Britain to punish women, and new means of punishing them were invented. Thousands of women were burnt alive, and boiling oil was poured over their bodies merely for the sake of entertainment.
There is no comment other than a question to be raised for consideration: what was the position of a woman when men entertained themselves by pouring boiling oil over her body?
Prohibition for a woman to read the Bible
During the time of King Henry VIII of England, parliament issued a decree forbidding a woman from reading the New Testament, i.e. the Gospel, for she was considered impure. If she was impure for half of her life because of menstruation in addition to seven days after every menses, and this is why she was forbidden from holding and reading the Bible, then what would one think about Christ, who used to enter the privy, and during his early childhood, urinated and excreted in his clothes? Was a woman considered more impure than urine and excrement?
The woman had no right to citizenship
According to English common law, women, until the middle of the 19th century CE, were not considered "persons" or "citizens" who were entitled to be called as such by law. They had no personal rights, they had no right to possess the property they gained, or anything - even the clothes they wore.
In 1567 CE, the Scottish parliament issued a decree stating that a woman should not be given authority over anything.
The wife's price was half a shilling
Until 1805 CE, English law gave the man the right to sell his wife, and priced her at sixpence, i.e. half a shilling. It happened that a man sold his wife for 500 pounds in 1931 CE. In defending this husband, his lawyer argued that in 1801 CE, English law priced the wife at 6 pence, provided that the wife agreed on the sale. However, the court replied that this law was abrogated by another law in 1805 CE that forbade selling or giving up wives. After deliberation, the court ordered that the man who sold his wife should be imprisoned for ten years.
Hadhaarat Al-Islam magazine mentioned in its second year (p.1078) that an Italian man sold his wife in installments, and when the purchaser did not pay the last installment, the seller killed him.