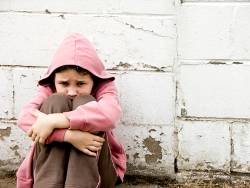 A Dialogue with a Teacher

After the lesson was over, the mother of Hasan and Husayn went quickly to the teacher and thanked her for that knowledge, and asked her to give her some time to speak with her, and she welcomed the request.

The mother sat with the teacher and started to complain to her of the state of her children, Hasan and Husayn. She said,

When I heard you relating to us how brave the children of the Companions were, and, at the same time, looked at my children, I felt that they are cowardly and are not brave. What is the reason for that? What is the way to treat it?"

The teacher said, "No doubt, fear is innate in every human being, and it is beneficial to protect him from risks. However, this normal fear differs from the phobia your children are suffering from, which goes back to many things including:
·          To frighten the child to force him to do a particular thing, such as frightening him with a ghoul, the Skinned-Leg Monster, the room of rats, the ‘Ifreet, being slaughtered with a knife, dogs, cats, the police, the teacher, the doctor, their father, the darkness, an injection, thieves, and so on.
·          The fear entertained by the old: if an elderly person, say a father or a mother, demonstrates his fear of a particular thing in front of the children, of a surety, this will be reflected on the child himself.
·          Non-educational books and magazines which relate imaginary stories about magic, Jinn, monsters, and so on. One of the books, which are a part of the elementary school curriculum, contains the following paragraph: "All of a sudden, he found in front of him a horrible cat, which scared the child  when he heard it mewing with a fearful voice. The cat asked him, "How dare you come to this place? Do you not know that I have the power to tear your body into pieces with only a single strike of my paw?" We may also mention stories like the Hop o' My Thumb, ‘Alaa’ Ad-Deen (Aladin) and the Wonderful Lamp and so on.
·          Fear of death.
·          Lacking self-confidence in the sense that he feels afraid of passing an exam or meeting visitors, especially if there are those who ridicule or laugh at him.
·          The father's domination over all the movements of the child, without giving him the freedom to think, which creates in him the fear of making a mistake.
·          Family problems like disputes between the father and mother.
·          Beating the child gives him the impression of fear and lack of security.
·          Over-indulging, and pampering children and excessive anxiety about them.
·          Bringing up the child on seclusion, introversion and seeking protection within the walls of the house.
The treatment is as follows:
First of all, those causes should be avoided. Then:
1-    If a child meets, by chance, anything that frightens him, do not help him forget it, since forgetfulness always suppresses the fear in the soul, and they soon become a source of anxiety and psychological disorder. However, it is necessary to talk with the child and clarify the matter to him. If he fears thieves and thinks the sound of wind when hitting the windows and doors at night to be thieves, you should say to him, "It is just the wind that causes the windows and doors to produce those sounds, since they are old and loose", assuring him that those sounds are also heard in the day time. In this way, his fear will disappear.
2-    To remain calm and balanced and refrain from fear, terror and apprehension in any situation in general, and particularly when the child is ill.
3-    To use constructive fear in the development and stimulation of the child's personality, such as to frighten him of the anger of Allah The Almighty, and of Hell-fire.
4-    To keep the child far from the fear stimuli, like imaginary stories, occasions of death and superstitions.
5-    To deal with the errant child as a child who can hardly distinguish what is right from what is wrong. Thus, we should guide him to the right to feel secure without punishment, ridicule or mockery, and even defend him when criticized or attacked by others.
6-    To remove the child's fear, by establishing a relationship between his fear stimulus and simulated pleasure. For example, if a child fears darkness and likes playing, you may play with him, and then switch off the light and continue to play with him in the darkness, and the second time, switch off the light for a short time before the beginning up to the end of play and so on until his fear of darkness is associated with the stimulus of pleasure and delight, thereupon his fear of darkness would gradually disappear. Likewise is the case with the one who fears a physician, by getting the physician present to him a sweet or play with him until his fear of him disappears.
7-    To make arrangements between the school and the house to treat the child's phobia. Furthermore, the teacher should not use beating or punishment in any way whatsoever, but rather take refuge in educational causes to discipline and direct the child's behavior. [Fann Tarbiyat Al-Awlaad Fi Al-Islam]
Thus, Hasan and Husayn's mother paid attention to the words of the teacher, and then bade her farewell thankfully with an eagerness to put her counsel into practice, in order to mend what she had inadvertently done to harm her children, and eliminate their fear.