Loving for the Sake of Allah is an Obligation 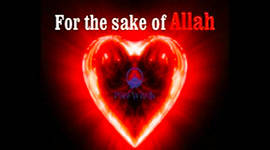 salam alaikum Love and Sake for Allah is best....... but can it be said that it is """"OBLIGATORY""""" to love for the sake of Allah..... for there are many who love people for friendship...... I wanted a cnfrmaion whether it is OBLIGATORY OR RECOMMENDED(mustahab)" and how authentic is this narration that martyrs will envy people because of the position that will be achieved by people who love for the sake of Allah please answer both jazakallah and salam alaikum!!!!!!!!!

stated that love for the sake of Allah is obligatory. Ibn Battaal

in his commentary on 'Saheeh Al-Bukhari', said: “If someone says: …Tell us about love for the sake of Allah or hate for the sake of Allah, is it an obligation or a recommended act?” It would be said: “Rather, it is an obligation; and this is the view of Imam Maalik as well”. If it is said “what is the evidence for this?”, it would be said: “What Al-‘Aa’mash narrated from Abu Saalih from Abu Hurayrah, may Allah be pleased with him, who said: the Prophet

ordered them to do, they should act according to it. Don’t you see that the Prophet

swore (by Allah) with his utmost sincerity that the people would not have faith until they love one another, and they will not enter Paradise until they have faith. Therefore, every wise person should be sincere in his affection and love to the believers…”

said in 'Fat'h Al-Baari': “Maalik said that loving and hating for the sake of Allah are among the obligations.” Moreover, Shaykh Ibn Taymiyyah

On the other hand, the Hadeeth to which you pointed in the question is a Saheeh [authentic] Hadeeth reported by Ahmad and At-Tirmithi

from Mu’ath Ibn Jabal, may Allah be pleased with him, who said: “I heard the Prophet

saying: “Allah said: “Those who love one another for My sake, will have pulpits of light, and the Prophets and martyrs will envy them (i.e. wish that they have the same)."

reported the same Hadeeth from Abu Maalik Al-Ash’ari, may Allah be pleased with him, who said: “The Prophet

said: “There are slaves of Allah who will have pulpits of light on the Day of Judgment, and they are neither Prophets nor martyrs, but the Prophets and martyrs will envy them (i.e. wish that they have the same).” They (the Companions) asked: “Who are they?” Prophet

said: “They are those who love one another for the sake of Allah.” [At-Tabaraani]

also reported the same Hadeeth with the wording: “I knew some people who are neither Prophets nor martyrs but the martyrs and Prophets will envy them (i.e. wish that they have the same) because of their status with Allah. They are people from different tribes who love one another for the sake of Allah.”

As regards your statement that some people love other people for friendship, then this does not contradict what is mentioned above, the human being loves his friend, neighbor and his relative a natural love, and this is permissible and it is not dispraised unless it prevents one from the mention of Allah or diverts him from loving Allah. Ibn Al-Qayyim

said: “There is a fifth category of love that is not a part of what we have mentioned here, it is the natural love, which is that a person tends to what suits his nature, like the love of the thirsty person for water, and the love of the hungry person for food, and loving sleep, and loving the wife and the children, and these are not dispraised unless they prevent one from the mention of Allah or divert him from loving Allah.”