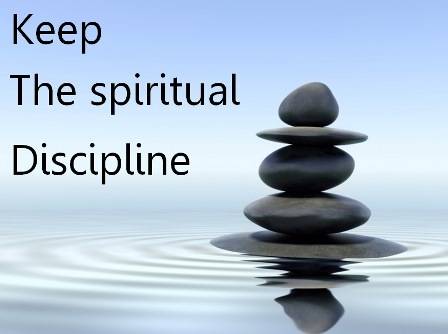 'Abdullah would rise before Fajr (dawn) each morning and rush to the Mosque to offer the prayer. He would return to the Mosque for Maghrib (sunset) and 'Ishaa' (evening) prayers as well. He read the Quran daily. He studied other Islamic books in his spare time. He spent much of his free time with his family and took his role as the spiritual leader in his home quite seriously.

Five years later, he found that he would go days, sometimes a whole week without performing a single prayer. He no longer attends congregational prayer at the Mosque—he didn't have time with his new job. This new job involved his working closely in nightclub establishments with people of questionable backgrounds. This resulted in his becoming very secretive about many of his work activities; he didn't even talk to his wife about them because he knew she would disapprove. Work kept him busy all night and throughout the entire weekend. Many of his new friends also worked with him and he began to spend a great deal of his free time with them. Because of this, he spent less time with his family. He had to sleep during the day in order to be able to work each night.
His wife noticed a great change in his demeanor. They had several discussions about his work and how it was affecting him and his relationship with Allah Almighty. He agreed, and would begin the process of searching for new work, but inevitably, chose to stay in his current job. He soon found himself feeling very distanced from his wife and children. Even though the money was abundant when he first began, it was now barely paying the bills.
He felt his marriage crumbling beneath the years of neglect. He found himself succumbing to depression over his circumstances, unmotivated to initiate the things he knew he would have to do in order for his life to change.
It is interesting to note that 'Abdullah's life seemed much more peaceful and balanced when he engaged in his regular religious duties, and began to suffer significantly when he abandoned them.
Could this simply be a coincidence? Imam Muhammad Baianouni  the scholar from North Carolina in USA accurately sums up situations like this stating: "The regulation of a man's conduct within one system of life is one of the most important reasons of success and stability. The absence of this regulation is one of the greatest crises a man suffers from in his life. This happens when man is left without guidance from Allah, The Most High, or without proper upbringing based on the Divine Guidance. Under these circumstances, man's life becomes miserable on this earth and he will be amongst the losers in the Hereafter".
A religion of discipline
It is only from the infinite wisdom and mercy of Allah that we have been given a system of belief that instructs and assists in guiding our actions and behavior. By participating in the daily obligations of our faith outlined in the Quran and the Sunnah of the Prophet Muhammad

we are more likely to enjoy Allah's bounty in this life, and reap the rewards in the Hereafter. Allah Almighty ordered all believers to be disciplined in their worship, and not to disobey Him. In the Quran, Allah Says (what means) "So remain on a right course as you have been commanded, [you] and those who have turned back with you [to Allah], and do not transgress. Indeed, He is Seeing of what you do." [Quran 11: 112]
The intensity of our faith changes throughout our lives. There are times when we are of strong faith, and times when we struggle. Many brothers and sisters who proudly claim Islam as their religion unintentionally find themselves "slipping" in their religious duties. Seemingly overnight their lives go from pleasurable and carefree to darkness and confusion. You may begin to acknowledge that you have landed in such a state because of the choices you made, but you are lost as to how to go about changing things.
Being steadfast in our duties to Allah Almighty is what keeps you from languishing during your darker moments. Remember that your ultimate return is to Him Almighty, so you must develop discipline and a consistency in your daily routine to keep your faith from sinking.
Developing discipline
Recognizing your shortcomings is the first step towards becoming more disciplined. Allah Almighty Says (what means): "…Indeed, Allah will not change the condition of a people until they change what is in themselves..." [Quran 13: 11] When you decide to change for the sake of Allah Almighty, Allah will help you change. Each one is responsible for oneself and will be questioned accordingly on the Day of Judgment, with no one to intercede on your behalf. You must make the choice to live your life according to Allah's Will on your own. You will not benefit from being told about what you need to do and how you need to change in order to have a more fulfilling life. You must take an interest in making those changes for yourself. Only then can you reap the rewards. Think about the wives of the Prophets Noah and Lut, may Allah exalt their mention. Each Prophet

tried unsuccessfully to offer the best guidance to his wife, but because there was no real interest on their part, it was said to each of women (what means): "…Enter the Fire with those who enter!"[Quran 66: 10]
I have a good friend who was going through a very rough time. Her faith was at an all time low. During several of our conversations, she lamented that Allah Almighty was punishing her for not being a "good Muslim." I asked her: "Why must Allah be punishing you? Allah puts us through many tests and trials in this life to give us the chance to know Him better." We debated back and forth about this for some time. She was really stuck in the debts of despair, and found my comments annoyingly optimistic. I reminded her that Allah Almighty is also Merciful and that this trial for her could be the wake up call she needed to have an opportunity to renew and redeem her faith and become closer to Him Almighty. Perhaps Allah had to put her through such difficulty to get her attention and give her a chance to make changes.
There are many things you can do to establish discipline in your daily life. Such consistency not only balances our faith, but all other aspects of our lives as well:
Islam is a complete way of life. As believers, we should desire the discipline that allows us to regulate our lives and keep chaos away. In choosing this way of life, peace and contentment are your right. Discipline comes as a result of performing certain duties consistently. Ask Allah to help you to establish discipline in your religious commitment and to be able to submit to all that pleases Him Almighty. 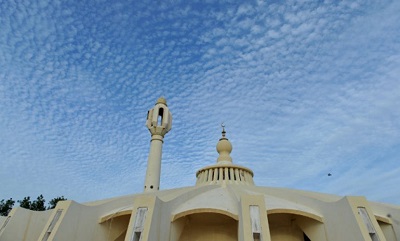 Allah the Exalted, endowed the Ummah (Nation) of Muhammad, sallallaahu alayhi wa sallam, with distinct characteristics – in this worldly life and the Hereafter – that were not conferred upon...More