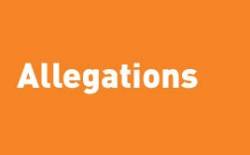 and his Seerah (biography) either by degradation and defamation or by fabrication and deceit.

Today, we face a new method of their crooked attempts to mar the impeccable reputation of the Prophet

. This time they cast doubts about some practices and acts of worship of the Islamic Sharee‘ah, stripping them of their real entities.

In this context, the writings of the orientalists and those who followed their course have raised malicious allegations as to kissing the Black Stone, considering it a pagan rite that penetrated the Islamic Da‘wah (call) by virtue of its surrounding environment. Some of them interpret this as a way of showing courtesy towards the idolaters in the method of worship which was prevalent among them.

We are not going to refute this interpretation here, for the Prophet

clearly opposed Shirk (association with Allah) and polytheists from the first moment he declared his Da‘wah. However, we will explain the falsehood of their allegations concerning Muslims’ glorification of the Black Stone, and will reveal the truth in this regard.

Since those orientalists consider kissing the Black Stone a form of worshipping others besides Allah The Almighty, let us start with explaining the real meaning and essence of worship.

Anyone who worships anything, no matter what its nature is, believes that it has an unseen authority whose effect is reflected in reality. Consequently, a worshipper tries to draw closer to the worshipped for the sake of gaining benefit or warding off harm. At the same time, he believes that falling short of or neglecting this worship will end in harm that afflicts him as a way of punishment. This attitude is manifest even in those who follow the pagan religions which are spread throughout the world today. It is noticed that the followers of these religions submit to their deities for the sake of reaping various benefits or warding off harms, such as aridity, drought and the like. Moreover, their hearts cling to those gods in fear of their power.

On one hand, they may believe that the unseen authority which they fear is a self-authority, which means that the worshipper considers his god the only one who can independently benefit and harm. This applies to those who worship the sun and the stars believing in their effect on the laws of the universe and management of the creation.

On the other hand, they may believe that this unseen authority is not a self-authority, which means that they consider what they worship an intermediary between them and a superior power which has an independent self-authority of inflicting harms and bringing about benefits. This drives them to worship this deity to intercede for them with the one who possesses the power to benefit and harm. This applies to the Qurayshi polytheists who believed that their worshipped idols got them closer to Allah The Almighty and interceded for them. Allah The Almighty Says (what means):

*{And those who take protectors besides Him [say]: ‘We only worship them that they may bring us nearer to Allah in position.’} [Quran 39:3]

* {And they worship other than Allah that which neither harms them nor benefits them, and they say: ‘These are our intercessors with Allah.’} [Quran 10:18]

Accordingly, Muslims do not worship the Black Stone, for they do not believe that anyone brings or wards off harm except Allah The Exalted. They negate the existence of any self-authority among the creation, no matter what it may be. They also believe that the relation between Allah The Almighty and His people is direct, with no intermediaries. Furthermore, they believe that the worshippers do not need any intercessor to which they try to draw close to other than Allah The Exalted. They even consider this act a major form of Shirk which causes apostasy. They believe that it is impermissible to perform acts of worship for the sake of any creature be it an angel, a prophet or a messenger, let alone a stone which neither brings benefit nor wards off harm.

This is confirmed by ‘Umar ibn Al-Khattaab, may Allah be pleased with him, in his famous saying to the Black Stone, “I know that you are a stone which causes neither benefit nor harm. Had I not seen the Prophet

kissing you, I would not have kissed you.”

‘Umar, may Allah be pleased with him, wanted to explain to the people that his act of kissing was purely in imitation of the Prophet

not because the stone causes benefit or harm.

Consequently, the stones of the Ka‘bah are not intrinsically sacred. The Black Stone, however, acquired this merit because Allah The Almighty has ordered us to kiss it. If there had been no order, no one would have glorified or kissed it.

said:“The extinction of the whole world is less severe in the Sight of Allah than the killing of a Muslim.” [An-Nasaa'i, At-Tirmithi and Ibn Maajah]

It was also narrated on the authority of ‘Abdullaah ibn ‘Umar, may Allah be pleased with him and his father, that the Prophet

addressed the Ka‘bah saying: “How great you are! How great your sanctity is! However, the sanctity of a believer is greater than yours in the Sight of Allah.”

These Prophetic texts tell us that the sanctity of a Muslim is greater than the sanctity of the Ka‘bah including the Black Stone. So, how could it be said that Muslims worship this stone?

Finally, let us reflect a little bit on a final point. In the pre-Islamic era, Arabs would worship many idols which were made of various things. Despite that, they never worshipped the Black Stone. However, they glorified and sanctified it as an inherited remnant of the Ka‘bah, which Ibraheem (Abraham) and Ismaa‘eel (Ishmael), may Allah exalt their mention, built. Bearing in mind that the pre-Islamic Arabs were very clear on this point, how could the orientalists attribute this allegation to Muslims today?

The above answers are definitely enough to refute this unfounded malicious allegation. Indeed, all success is from Allah The Almighty.

The enemies of Islam have waged massive campaigns which aim at stirring doubts about the Islamic Sharee‘ah through impugning the Prophet, sallallaahu ‘alayhi wa sallam, and his Seerah (biography)...More