Sincerity and Its Fruits - II 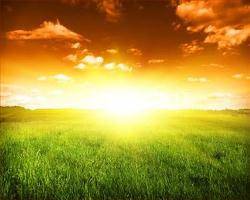 If a servant strives against himself until he does not care about life and the praise and commendation of people and dedicates all his worship to Allah The Almighty, he will be one of the people of sincerity whose every action, word, love and hatred is for the sake of Allah The Almighty alone. The inward and outward actions of such a person are purely for Allah The Almighty alone. They do not seek reward or praise from people, nor do they seek a noble position among them, nor do they seek a great status in their hearts, nor do they want to escape from their blame. If you turn into such a person, you will be the most powerful person, for your guardian is Allah The Almighty who is the All Powerful and most Strong. Upon reaching this stage, you will be one of the people of honor in this world and in the Hereafter.

said, describing the luckiest person who will have his intercession on the Day of Resurrection: "The one who said, ‘Laa ilaaha illa Allah (there is no deity worthy of worship except Allah)’ sincerely from his heart." [Al-Bukhari]

Amongst such fruits are that sincerity strengthens the heart, makes one more self-possessed and able to bear the burdens of worship and obligations of Islam. If one contemplates the conditions of some of the sincere and truthful people, he will clearly notice this. A good example of this is the strength and self-possession of the Prophet

although his life was threatened. He said to his Companion (Abu Bakr, may Allah be pleased with him) while they were in the cave, and in the words of the Quran (which mean): {He said to his companion, "Do not grieve; indeed Allah is with us.} [Quran 9: 40]

Surely, sincerity and truthfulness with Allah The Almighty enable one to support what is right and fight what is wrong regardless of the power of the wrong. Hoode, may Allah exalt his mention, the Prophet of Allah The Almighty, had no prominent miracle unlike the other prophets. However, he called his people to worship Allah The Almighty alone and renounce worshiping other than him. His people argued with him and said what Allah The Almighty informed us of in their story in His Noble Book: {They said, "O Hoode, you have not brought us clear evidence, and we are not ones to leave our gods on your say-so. Nor are we believers in you. We only say that some of our gods have possessed you with evil." He said, "Indeed, I call Allah to witness, and witness [yourselves] that I am free from whatever you associate with Allah. Other than Him. So plot against me all together; then do not give me respite.} [Quran 11: 53-55]

Also amongst the fruits of sincerity is that it enables one to get rid of the plots and the whispers of the devils. Allah The Almighty informed us what Iblees said when he asked to be reprieved (what means): {Except, among them, Your sincere servants.} [Quran 15: 40]

Sincerity also averts evil and immorality. Allah The Almighty Says (what means) in the story of Prophet Yoosuf, may Allah exalt his mention: {And she certainly determined [to seduce] him, and he would have inclined to her had he not seen the proof of his Lord. And thus [it was] that We should avert from him evil and immorality. Indeed, he was of Our sincere servants.} [Quran 12: 24]

Moreover, a small amount of sincere work can be a cause for attaining the satisfaction of Allah The Almighty as in the Hadeeth of the Prophet

in which he said:“Fear the Fire, even if by giving half a date (in charity).” [Al-Bukhari]

Thus, even half a date given in charity with sincerity can protect one from the torture of Hellfire out of the great generosity of the Most Gracious, the Bestower. However, many tons of dates in charity to show off will send one to the lowest depths of the Hellfire as Allah The Almighty Says (what means): {Indeed, the hypocrites will be in the lowest depths of the Fire - and never will you find for them a helper.} [Quran 4: 145]

Another benefit is that the slave can be supported because of his sincerity. In this regard, Mus‘ab ibn Sa’d narrated that Sa’d ibn Abi Waqqaas, may Allah be pleased with him, thought that he was better than other people but the Prophet

said:“Allah helps this Ummah because of its weak people, their Du‘aa’ (supplication), their Salah (prayer) and their sincerity.” [An-Nasaa’i]

Acts of worship cannot be preferred on the basis of their forms or number but they are preferred according to the intention that the heart holds. So, the description of both actions can be the same; however, there is a gap of preference among them as wide as the distance between the heavens and the earth. Two men may stand in prayer in the same row but the difference in their reward and degree is like the distance between the heavens and the earth. ‘Ammaar ibn Yaasir, may Allah be pleased with him, said, “I heard the Messenger of Allah

saying: ‘Verily, a man may finish his prayer but nothing is written for him except one tenth, ninth, eighth, seventh, sixth, fifth, quarter, third, or half of it.’” [Abu Daawood]