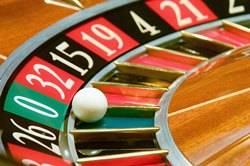 Before the advent of Islam, like other many-sided evils, gambling was also on the increase. The Arabian society, plagued by ignorance and illiteracy as it was, had also fallen prey to this evil. Gambling fairs were held, and the rich and poor took part in them according to their means.

Drinking bouts were also held. People tried their fortunes for many days. Many times these gatherings, which began with drinking and gambling ended in fights and riots. Besides Arabia, many other countries had also come within this vicious circle.

In the Roman, Egyptian and Greek culture, gambling was not only approved, but it was regarded as a mark of one's opulence. Even cultures permeated by religion did not realize the great evils hidden in gambling.

The Jewish and Christian civilizations flourished. But history shows that they were not successful in rooting out this evil. They even failed to arouse public opinion against it. In proof of this, we can cite the example of Monte Carlo, the greatest gambling House in Monaco.

When Islam came, it described the evils of gambling in the most effective language and prohibited it for Muslims. In the Noble Quran, Allah Almighty Says (what means): "O you who have believed, indeed, intoxicants, gambling, [sacrificing on] stone alters [to other than Allah], and divining arrows are but defilement from the work of Satan, so avoid it that you may be successful.” [Quran 5:90]
Gambling is mentioned in the Quran, alongside drinking alcohol as an abomination, a sin, and a grave harm to mankind. It was made clear that prosperity does not come through gambling. Gambling, among many other things, causes families to break, societies to suffer, and the economy to deteriorate, damaging the ethical foundation of any decent society.

Since the Arabs had been habituated to gambling for a long period of time, as was the case with alcohol, Allah revealed His Commandments regarding its prohibition only gradually. In the Quran, the first verse regarding gambling is found in Soorah (chapter) Al-Baqarah (The Cow).
The meaning of that verse is: "They ask you about wine and gambling. Say, "In them is great sin and [yet, some] benefit for people. But their sin is greater than their benefit." And they ask you what they should spend. Say, "The excess [beyond needs]." Thus Allah makes clear to you the verses [of revelation] that you might give thought.” [Quran 2:219]

This verse did not clearly condemn and prohibit gambling. It was only said that sometimes the gambler gains money without any effort, but its moral evil is so great that a few material advantages are of no account. In the Hadeeth (narrations of the Prophet ), it is recorded that when this verse was revealed, many Muslims totally gave up wine and gambling without waiting for the command of their prohibition to come later on in the gradual process. They quickly realized that something, which is predominantly disadvantageous cannot meet with the approval of Islam.

The position of Islam on gambling was made clearer through another verse, which means:
"O who you believe! Intoxicants (e.g. alcohol) and gambling and idols and (lottery by) arrows are an abomination of Satan’s work, so avoid them so that you may get salvation. Satan's only desire is to create among you enmity and hatred by means of intoxicants and gambling and stop you from praying and remembering Allah. Will you not then desist?" [Quran 5:90-91]

It is a basic principle of Islam that man must not take that which he has not earned or worked for, as well as fairness and justice. Indeed, the word "gambling" in the Quran's Arabic language is derived from a root word that literally means "easy," and "something attained with no effort."
The Noble Prophet said: “Whosoever says to his companion: 'Come let us play a game of chance', should give charity (as atonement).” [Al-Bukhari and Muslim]

It connotes that a mere invitation to gambling is such a serious sin as to warrant atonement thereof by charity. Then just imagine the position of a man who indulges in gambling. The Prophet further said: “Whosoever plays backgammon is as if he dyes his hands with the flesh of swine and its blood.” [Muslim]

Ibn Abi Ad-Dunya has reported Yahya Ibn Katheer as saying: “Allah’s Messenger passed by some people playing backgammon and said, “Their hearts are preoccupied in sport, their hands are ill and (their) tongues make absurd utterances. Every game which involves gambling or mischief is a game of chance (Maisir).”