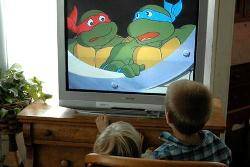 1- The importance of protecting children from the media invasion and the obliteration of identity:

Childhood is one of the most important stages in one’s life, because his personality and tendencies are formed during this time, in addition to physical and mental growth.

Psychological and educational studies prove that this is the most critical stage in a person’s development, and that the child stores the majority of the experiences and information that affect his life in the future during this stage.

The child, as described by Al-Ghazzaali

is a “blank sheet in which we may write down good or evil. So, if we habituate him to be good, he will be a good, and vice versa.”

Therefore, it is vital that we pay attention to the child and ensure that what is introduced to him in his social environment is intellectually beneficial to reflect positively on the young child, his behavior and development.

Today, our children face an intellectual invasion in a world dominated by influential cultures that own the most influential mass media.

Hence, there must be practical means to protect children from the bad and negative programs that are presented to them.

Ismaa‘eel ‘Abd Al-Kaafi, says, "We must preserve the Islamic identity of our generations through providing them with suitable cultural and media production alternatives to exist side by side with foreign media and cultural products in this age of information technology.

The family, school, mosque, mass media and the society as a whole should participate in guiding and directing this process. The society must be aware of the danger of mass media against our children if they are not directed rightly under the supervision of different educational institutions."

2- Types of educational means and their influence on the child’s identity and culture:

1) TV as a means of media: There is no doubt that watching TV daily occupies the spare time of the children and adults as well. They acquire information and are introduced to different cultures through it. One of the negative impacts of TV, to which we should pay attention, is that the children spend many hours in front of it. This affects their social life and relations as well as their behavior with their playmates.

TV also affects their studies and the negative effect of the violence and crime on TV programs cannot be denied.

This shows us the role of the TV in sowing the seeds of fear and worry in our children through horror movies and movies featuring ghosts and devils.

2) Computer as a means for developing the culture of the young:

PC and video games are among the most influential factors in guiding and directing children. Educational studies reveal that computer programs can have negative and positive effects on the culture of the Muslim child.

The positive effects include strengthening the child’s ability to read, write, express himself orally, listen, and pay attention.

They also provide the child with general culture, teach him some scientific principles, help him to learn foreign languages, and help him to develop his artistic and mathematical abilities.

These programs also strengthen the child’s ability to solve problems, improve his social adjustment, develop his skills and hobbies, and make use of his spare time.

On the other hand, these programs have negative effects, because they weaken the child’s ability to perform social activities and duties. They also distract the child from playing physical games. Negative health effects include habituating the child to laziness and may cause obesity due to lack of movement, in addition to deterioration of general health.

The Internet absorbs the child’s attention and makes many children lose their ability to talk and communicate with others.

3- Printed mass media and stories as sources of the child’s culture:

Printed materials such as books and magazines still play an important role in developing children’s culture, because they encourage creative abilities, entertain the child, occupy his spare time and develop his hobbies.

We want to transform the printed media and all mass media into resources that enrich the child’s culture away from all the materials that do not accord with our social environment and culture.

Stories are considered a vital resource that can implant correct beliefs in the child’s mind, provides him with facts, and reinforce the educational process. Children’s literature is a positive means that forms the religious creed and develops cultural experiences.

A story is still considered a beacon and an important educational method and its content has always played a key educational role because of its psychological and educational advantages.