Being careful of Satan during the Sacred Months 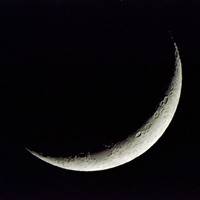 We must be sure of Allah's absolute Wisdom in who He chooses as messengers from angels and mankind, and what He favors in certain times and places. Allah Almighty favored Makkah over all other places and made Madeenah, the abode of the Prophet's migration, next to Makkah in preference, then Bayt Al-Maqdis (Jerusalem) the abode of the majority of prophets. Allah Almighty also favored certain months, days and nights more than others. The number of months are twelve, as mentioned in the Book of Allah, when He Almighty created heaven and earth. Among them are four sacred months, i.e. Thul- Qi’dah, Thul-Hijjah, and Muharram, which are successive, and the month of Rajab that comes between Jumaada Al-Aakhirah and Sha’baan. The best day on which sun rises is Friday; the Night of Al-Qadr is better than a thousand months. Thus, you should hold estimable what Allah Almighty esteemed.

The people of knowledge have maintained that good deeds are multiplied in times and places which are favored by Allah, and that the same applies to bad deeds, which will be regarded more grievous. The proof of this from Allah's Book is His saying (which means): {They ask you about the sacred month – about fighting therein. Say, “Fighting therein is great [sin], but averting [people] from the way of Allah and disbelief in Him and [preventing access to] al-Masjid al-Haraam and the expulsion of its people therefrom are greater [evil] in the sight of Allah. And fitnah is greater than killing." And they will continue to fight you until they turn you back from your religion if they are able. And whoever of you reverts from his religion [to disbelief] and dies while he is a disbeliever – for those, their deeds have become worthless in this world and the Hereafter, and those are the companions of the Fire, they will abide therein eternally.} [Quran 2:217]

Allah Almighty Says concerning Al-Masjid Al-Haraam (the Sacred Mosque), (what means): {Indeed, those who have disbelieved and avert [people] from the way of Allah and [from] al-Masjid al-Haraam, which We made for the people – equal are the resident therein and one from outside; and [also] whoever intends [a deed] therein of deviation [in religion] or wrongdoing – We will make him taste of a painful punishment.} [Quran 22:25]

Do not wrong yourselves in these Sacred Months. Be committed to the limits defined by Allah Almighty, fulfill Allah's obligations, shun His prohibitions and fulfill the rights of your Lord and the rights of people! Know that Satan has taken upon himself to use all might and means in order to seduce all of Allah's servants, except those who are sincerely devout to Allah.

Satan is keen to distract man from goodness and to divert his attention from Allah's religion and to entice him to commit evil. If Satan notices that man is inclined to do good, he will try to discourage him and hinder him from doing it, leaving no effort or means. If he fails, he will soon try another and so forth.

Satan starts with seducing man to commit the most destructive sins. If he fails, he will try with less dangerous sins. Once he succeeds in seducing man into sin, he will delude him to procrastinate in repentance and will lead him to think little of sins, and that one will someday give it up, while such a day may not come. After underestimating sins, one becomes easily led to more grievous ones, until he eventually gets out of the bounds of religion. The Prophet

referred to this gradual degradation into sins when he said: “Beware of minor sins, whose example is like a people who went to the middle of a valley and gathered sticks, each returning with a stick of wood (enough) to cook their bread. When a person is given to committing sins which he belittles, they will (accumulate and thus) lead to his ruin.”

We should beware of the tricks of the Satan and his evil plans, since he takes different approaches to seduce men, either through sowing doubts in their souls concerning Allah's Oneness, diverting them from performing the prayer and leading them to hold it insignificant, inducing them to withhold Zakah or to spend it in ways other than its predefined channels of distribution, tempting them to indulge in acts and sayings that render their fasting void, hindering them from performing Hajj by leading them to procrastinate until death overtakes them without performing it, trapping them to ungratefulness and maltreatment of their parents and severing the relations with their relatives, luring them to untrustworthiness by committing deception and betrayal, enticing them to seek for money and earn it through illegal means, including taking usury, bribe, etc. After Satan seduces man, he abandons him in the most critical moment when he becomes in dire need of a helper. Listen to Allah's saying concerning Satan's deluding Aadam and Eve when they lived in Paradise and were permitted to eat from all its fruits except the fruits of a certain tree; Allah Says (what means): {And "O Aadam, dwell, you and your wife, in Paradise and eat from wherever you will but do not approach this tree, lest you be among the wrongdoers."} [Quran 7:19]

Satan tempted them saying as Allah Says (what means): {But Satan whispered to them to make apparent to them that which was concealed from them of their private parts. He said, "Your Lord did not forbid you this tree except that you become angels or become of the immortal." And he swore [by Allah] to them, "Indeed, I am to you from among the sincere advisors."} [Quran 7: 20-22]

Meaning that he degraded them from the superior rank of obedience. Listen to the Satan’s deception of the Quraysh when he urged them to go to Badr to fight the believers and then relinquished them; Allah Says (what means): {And [remember] when Satan made their deeds pleasing to them and said, "No one can overcome you today from among the people, and indeed, I am your protector." But when the two armies sighted each other, he turned on his heels and said, "Indeed, I am disassociated from you. Indeed, I see what you do not see; indeed I fear Allah. And Allah is severe in penalty.”} [Quran 8:48]

Listen to the Satan’s forsaking man after deluding him as Allah Says (what means): {[The hypocrites are] like the example of Satan when he says to man, "Disbelieve." But when he disbelieves, he says, "Indeed, I am disassociated from you. Indeed, I fear Allah, Lord of the worlds." So the outcome for both of them is that they will be in the Fire, abiding eternally therein. And that is the recompense of the wrong-doers.} [Quran 59: 16-17] and also Allah Says (what means): {And Satan will say when the matter has been concluded, "Indeed, Allah had promised you the promise of truth. And I promised you, but I betrayed you. But I had no authority over you except that I invited you, and you responded to me. So do not blame me; but blame yourselves. I cannot be called to your aid, nor can you be called to my aid. Indeed, I deny your association of me [with Allah] before. Indeed, for the wrongdoers is a painful punishment."} [Quran 14:22]

When you feel in yourselves a reluctance to perform good deeds and carelessness towards your bad deeds, it is a result of the seduction of the Satan. When you feel like that, you should seek Allah's protection from Satan, as in doing this you can achieve salvation.

Allah Says (what means): {And if an evil suggestion comes to you from Satan, then seek refuge in Allah. Indeed, He is Hearing and Knowing. Indeed, those who fear Allah – when an impulse touches them from Satan, they remember [Him] and at once they have insight.} [Quran 7: 200-201]