In Ramadan: Why Do They Weep And I Do Not? 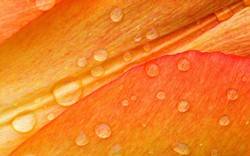 One of the causes of prosperity and success in both religious and worldly affairs is to be honest with oneself, and not to seek false excuses until the time death strikes a person by surprise, and he feels regretful at a time when regrets will be of no profit to him.

No doubt, the virtue of weeping out of fear of Allah The Almighty is great. It is narrated that the Messenger of Allah

said: "Allah will give shade to seven (types of people) on the Day there will be no shade other than His", and those seven types of people include: "A person who remembers Allah The Almighty in seclusion, thereupon his eyes overflow with tears." [Al-Bukhari and Muslim]

A question echoes within many of those who are negligent, and we are all negligent – we ask Allah The Almighty to pardon us. When we hear the noble verses of the Quran being recited, or the Prophetic Ahaadeeth (narrations) of the Messenger of Allah

or the stories of the righteous predecessors, we find many soft-hearted people weeping.

Why do they weep and some of us do not?

We all do our best to be submissive and to weep, but some of us cannot. What is the reason behind this?

The reason is shown by Allah The Almighty in His statement (which means): {No! Rather, the stain has covered their hearts of that which they were earning.} [Quran 83:14] That is, because of their deeds, their hearts have been veiled from goodness, and they have become more heedless. That is the real cause of not weeping out of fear of Allah The Almighty.

Why do they weep?

What enables some of us to be humbly submissive? What makes some people weep and even take pleasure in doing so, when others do not?

People with soft hearts keep away from sins, focus their attention on the Hereafter in their secret and public life and when they do so, their hearts become righteous and their eyes shed tears.

When we lose these characteristics, our hearts become corrupted, and our eyes do not shed tears.

You should know that the fear of Allah The Almighty which is followed by weeping comes and continues only when one abides by the following actions regularly:

1.  To repent to Allah The Almighty and seek His forgiveness by heart and tongue, where one turns his face to Him with repentance, fear and bashfulness before his Lord, The Great, The Forbearing, Who has given him respite, conferred favors upon him, and guided him to repentance. This requires a true reflective pause within the soul to take it to account.

2.  To abandon sins and be aware of them, whether they are minor or major, apparent or hidden. These are the chronic diseases that veil the heart from closeness to Allah The Almighty, darken it and bring about distress.

3.  To come closer to Allah The Almighty with acts of worship such as fasting, prayer, Hajj, charity, reciting the Athkaar (words of remembrance) and all good deeds.

4.  To remember the Hereafter. Is it not quite strange that although we know that the world will come to an end, and that the real future lies in the Hereafter, we still do not work for the sake of this enduring real future? Allah The Almighty Says (what means): {Whoever should desire the immediate - We hasten for him from it what We will to whom We intend. Then We have made for him Hell, which he will [enter to] burn, censured and banished. But whoever desires the Hereafter and exerts the effort due to it while he is a believer - it is those whose effort is ever appreciated [by Allah].} [Quran 17:18-19]

6.  To read more often about the spiritual state of the righteous and emulate them.

In the days of Ramadan, the days of goodness and blessings, there are great opportunities for one to return to his Lord, when the devils are chained in fetters, the gates of goodness are opened, and the rewards of the acts of worship are multiplied. Thus, return to your Lord, draw close to Him, turn your face to Him, and get rid of the yokes of sins, and the barriers of misdeeds: it is then that you will find the eye shedding tears and the heart submissive.