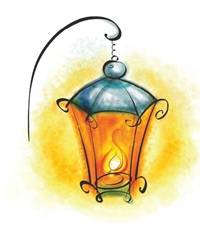 The season of glad tidings, which brings the greatest joy to the hearts of the believers is near. It brings the universal competition that starts with the first night in the month of Ramadan and ends with its last night. Get ready for the greatest opportunity and the most blessed season in the whole year.

It is the great competition that was proclaimed by Allah The Exalted in the Noble Quran when He Says (what means): {Race toward forgiveness from your Lord and a Garden whose width is like the width of the heavens and earth, prepared for those who believed in Allah and His messengers.} [Quran 57:21]

Bear in mind that the prize in this contest is the greatest prize ever. It is Paradise, whose width is equal to that of the heavens and the earth. It is Paradise, which abounds in bliss and pleasures which the self desires and the eye enjoys. These heavenly, spiritual and physical pleasures are beyond words – the eye has not seen, the ear has not heard and no human heart has ever perceived such bounties!

Is there any better prize than Paradise? Is there a greater aspiration or objective for the seekers of spiritual ranks and human perfection, other than gaining the pleasure of Allah The Exalted and looking at His Face?

Description of the competition:

The conditions of the competition:

First: the competitor should give up all forbidden acts and sins that he used to commit before joining the competition. He should give back people their due rights, evade prohibitions, falsehood and evil, in every form. He should also shun listening to songs and music and disallow them in his house, shop or workplace.

Second: the competitor should show determination and persistence in carrying out the following:

A – Declaring his repentance to Allah The Exalted, saying, “O Lord! I am seeking Your Forgiveness for all my sins and I repent to You from any ill belief, word, or deed that does not please You. O Allah The Exalted; forgive me and accept my repentance; for You are the All-Forgiving.”

B – Carrying out the following good deeds:

1 – Performing the five daily prayers in congregation without missing a Rak‘ah.
2 – Reciting the Noble Quran day and night throughout the month of Ramadan.
3 – Carrying out many voluntary prayers night and day throughout the month of Ramadan.
4 – Giving money, food, drink and clothing in charity, according to one’s abilities and what one can afford.
5 – Supplicating Allah The Exalted a lot and seeking His forgiveness, especially during Sahar (the time before dawn) every night.

In order to earn all this, safeguard your ears from listening to songs and music, backbiting, obscenity and vulgarity. Guard your hands from touching what is impermissible and your legs from walking to what is forbidden. Evade backbiting, gossip, lying, falsehood, obscenity and vulgarity. Do not preoccupy your heart with what does not avail you and with thinking what is not necessary.

Offer your money in charity; for it is the optimal time for giving in charity. Observe I’tikaaf in the mosque, hoping for the rewards of Allah The Exalted and fearing His punishment. Strive in worship in the House of Allah The Exalted so that you would earn His forgiveness and have your repentance accepted. Your place is in the first rows in congregational prayers; you should strive not to miss the opening Takbeerah (Allahu Akbar) of every prayer. Do not forget the Noble Quran. You should recite it during the holy month of Ramadan, ponder over its meanings with an attentive heart, tearful eyes and a yearning heart.

May Allah The Exalted render you among the forerunners upon whom He bestows His peace and the blessed winners in the great contest!