Why Ramadan is Special: Characteristics and Features – I 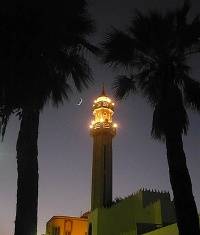 Fasting has great merits and beneficial outcomes, which are often referred to in the Quran and Sunnah (Prophetic tradition). Allah The Almighty enjoined it upon His servants for a month in the year, and decreed it upon them, just as He decreed it upon those who were before them. He states (what means): {O you who have believed, decreed upon you is fasting as it was decreed upon those before you that you may become righteous.} [Quran 2:183]

Thus, Allah The Almighty made the fasting of Ramadan an obligatory duty, binding upon every male and female Muslim, according to certain conditions stated in the Quran and the Sunnah. This indicates that it is an act of worship that people cannot dispense with, due to its benefits and great consequences, the good it brings about in the souls, and the power it gives to do right, to abandon what is shameful and turn away from falsehood.

Allah The Almighty favors Ramadan with numerous characteristics, one of which is mentioned in the authentic narration in which the Messenger of Allah

said: "When Ramadan comes, the gates of Paradise are opened." [Al-Bukhari] It is further narrated on the authority of Abu Hurayrah, may Allah be pleased with him, that the Messenger of Allah

said: "When the month of Ramadan begins, the gates of heaven are opened, the gates of Hell are closed, and the devils are chained." It goes without saying that all this gives glad tidings to the believers of the potential for performing righteous deeds that lead to Paradise, and the means available to them, which can help them perform and further multiply those deeds. Besides, of course, Allah The Almighty strengthens abstinence from and evasion of sins in Ramadan, Shaytaan (Satan) weakens in his schemes and fails to achieve his plots.

One of the characteristics of fasting in Ramadan is shown in the narration of both books of authentic Ahaadeeth (narrations) and others on the authority of Abu Hurayrah, may Allah be pleased with him, that the Messenger of Allah

said: "He, who observes the fast of Ramadan out of sincere faith, and expecting the reward from Allah, his previous sins would be forgiven." That is, whoever fasts this month, out of belief in its being obligatory, expecting the reward for it from his Lord Almighty, and striving his utmost to follow the Sunnah of His Prophet

let him receive the glad tidings of forgiveness.

Another characteristic of Ramadan is that the angels beseech Allah The Almighty to conceal and erase the sins of the fasting persons. This is stated in the Hadeeth narrated from the Messenger of Allah

that he said, concerning the fasting people: "And the angels continue to seek the forgiveness of Allah for them until they break their fast." [Ahmad on the authority of Abu Hurayrah, may Allah be pleased with him]

If a believer seeks forgiveness for himself and this is combined with the angels seeking forgiveness for him, it is most likely that he will be awarded the highest rank. Ramadan is also the month of consoling and doing good, and Allah The Almighty likes those who do good; He has promised them forgiveness, Paradise, and prosperity. Doing good is the highest rank of faith, and you need not ask about the position of the one who is characterized by it in Paradise, and the bliss and various kinds of honor he will receive (as stated by Allah The Almighty in the verse (which means): {Accepting what their Lord has given them. Indeed, they were, before that, doers of good.} [Quran 52:16]

Among the good deeds that are more feasible in this blessed month than in others is to serve food (to the needy) and providing Iftaar for those who are fasting. These are among the means which help one obtain forgiveness for one’s sins, release people from the Hellfire and multiply the rewards. These deeds lead to Al-Kawthar, the lake-fount of the Messenger of Allah

which, if one gets a sip thereof, he will never become thirsty: we ask Allah The Almighty, by His bounty and generosity, to cause us to come upon it. Serving food is one of the causes that admit one to Paradise, the abode of peace. Ramadan is an opportunity for Muslims to receive the means of mercy, the factors that lead to forgiveness, and the requirements of release from Hellfire. How abundant are the gifts from the Lord, the Generous, the Forgiver!

Why Ramadan is Special: Characteristics and Features – II